Partially because he was really, really good, and partially there haven't been that many really, really good quarterbacks in the history of the Buffalo Bills, Hall of Fame quarterback Jim Kelly holds practically every passing record on the franchise leaderboards. Passing yards, passing touchdowns, completions, attempts, quarterback wins... they're all Kelly's, and they have been for over two decades.

But a new era is upon us. One that really kicked into higher gear in the 2020 season, and it's all about Josh Allen.

Even Kelly himself knows it — he's admitted that before — and he's certainly not changing his mind after what we saw from Allen throughout last year's MVP-type campaign. 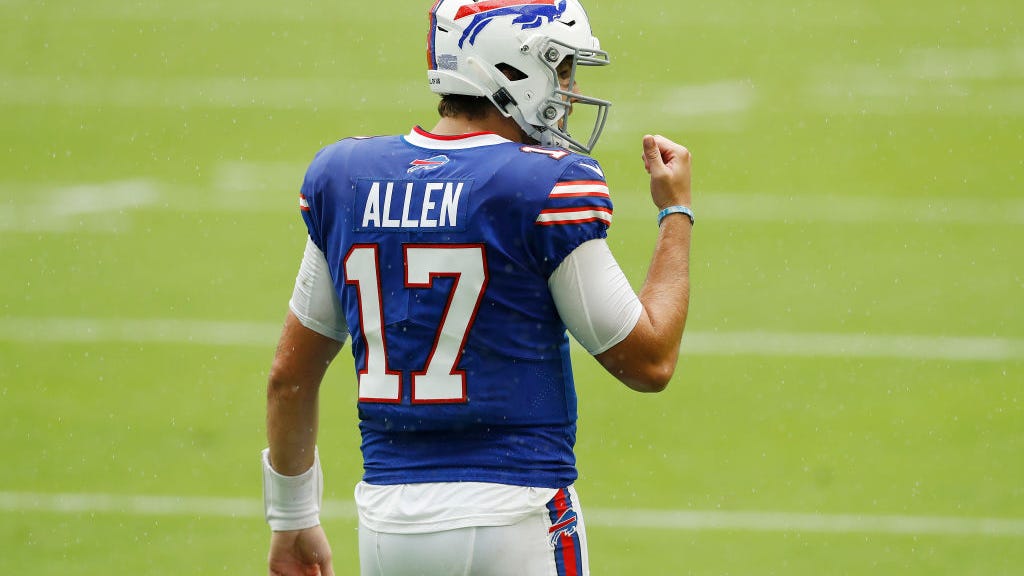 In fact, Kelly is so excited about Allen that he feels as though he's watching his records — each and every one of his 35,467 passing yards, as well as all 237 touchdowns — slowly preparing to be replaced. He knows Allen is going to lead the Bills through a tremendous era of football, and that means he'll also probably find himself atop the leaderboards when it's all said and done.

"There's no doubt," Kelly told Dante Lasting of the Bills' official website. "I mean if he's gone, I don't know who is or who it's going to be. He just has to be consistent. And I know him well enough to know that the kid can play. If you can get the right material around him, which I think he has, and the offensive line gives him time to throw things will be awesome. And talk about my records, I knew before last season started that those records aren't going to stay around very long."

Allen's still got a long way to go — he hasn't even broken the 10,000-yard or 70-touchdown marks yet — but at only 25-years-old and with a Pro Bowl season already under his belt, it's not hard to see why Kelly is expecting more of the same in the future. Should he repeat or approach his 2020 level of production for the next decade, Kelly's records will be a far cry from what Allen will have accomplished.

Is it a guarantee? No, but is there any reason to think he'll fall short? Not at all.