The Bills have placed edge rusher Von Miller on Injured Reserve and he will miss, at least, the next four games
By Derek Kramer, WGR Sports Radio 550

Buffalo, N.Y. (WGR 550) - For the first time this season, the Buffalo Bills end up in the losing column, dropping a winnable game to the Miami Dolphins, 21-19.

The Bills had a bunch of injuries leading up to and during the game, but the team could not overcome them, or Miami, in the end.

The report card has been mostly flawless through two games. This week? Hide the card, run game. You are grounded for... until college. 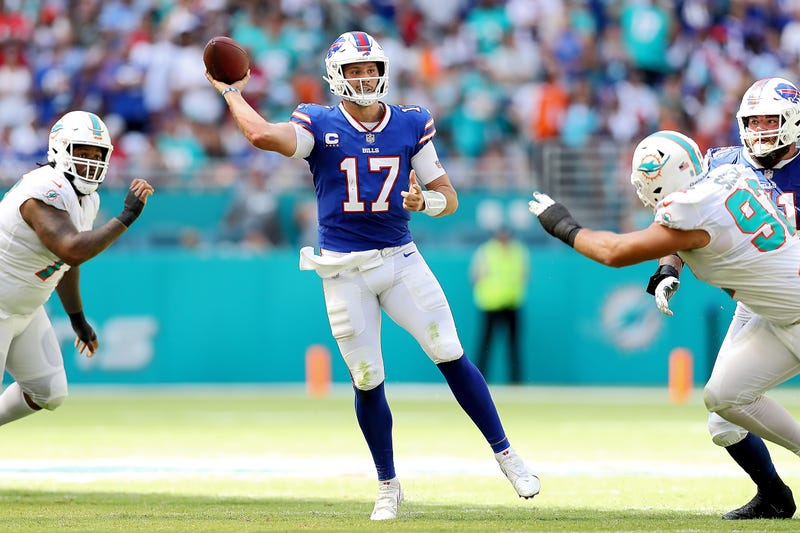 For the first time this year, Stefon Diggs was stymied. It seems like the heat was a factor, with Diggs pulling himself out several times.

However, Josh Allen was still able to distribute around the team, as 11 players had a reception in this game. Allen almost pulled it off, but had a dud on 4th-and-goal hit the dirt before getting to Isaiah McKenzie.

McKenzie was also unable to get out of bounds on the final play.

Dolphins pass rusher Melvin Ingram continues to haunt the Bills, no matter what jersey he wears. Allen also did lose a fumble on another drop back in the first quarter.

Some of the struggles were from pure exhaustion, with 63 pass attempts and 90 total offensive plays.

Gabriel Davis wound up dropping a touchdown, however, your best players have to be able to finish. Sadly, they did not. 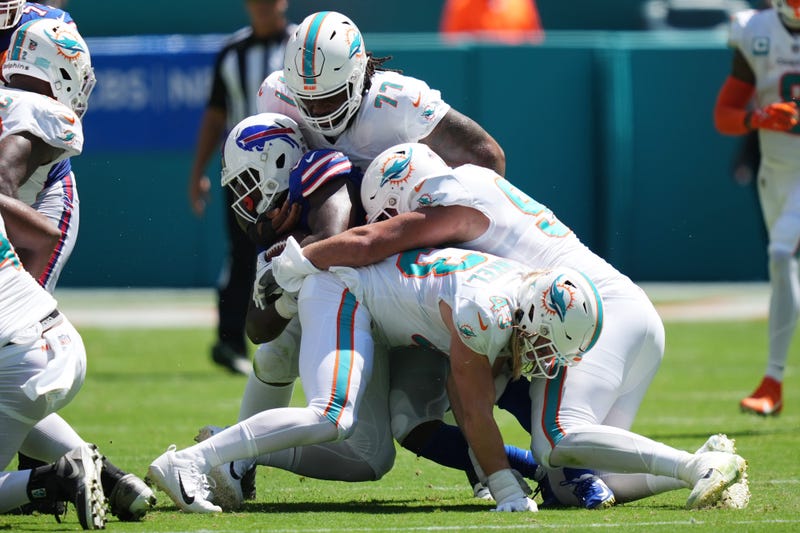 Outside of Allen (the dang quarterback) and one big run from Zack Moss, this was awful.

Buffalo's inability to run the ball caught up to them in this game, and it will do so more often if they are incapable of any sort of success on the ground outside of Allen.

At some point, injuries cannot be an excuse for having to forsake the run game for the second-straight week because of ineffectiveness. 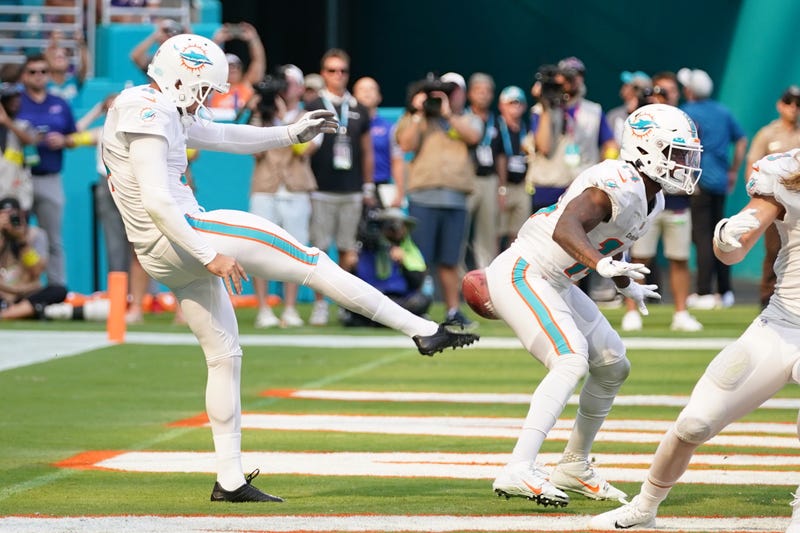 Butt Punt. We got a butt punt.

While the Bills' special teams didn't do anything on the play, it was a marvel that eases the sting of the loss for some fans.

Special teams did have a play that came back to haunt them, a blocked kick that ultimately decided this one. Other than that play, they were relatively solid, but losing out on points when every point was important hurts. 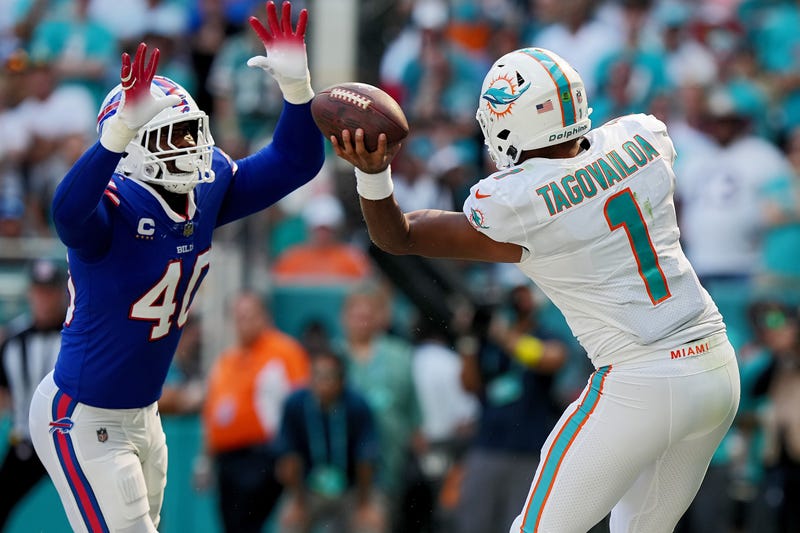 With three combined starts in the secondary, the Bills were going to be in for a rough day. However, they held serve for the most part, with two sacks and allowing 186 yards in the air.

Buffalo did a good job mitigating Tyreek Hill's impact, who only had two catches for 33 yards.

However, a conversion on 3rd-and-22 gave Miami the lead for the first and only time, rushing three pass rushers and allowing Tua Tagovailoa all day to find the deep route to convert.

A backbreaker like that, in a game where the defense was strong, will always hurt. 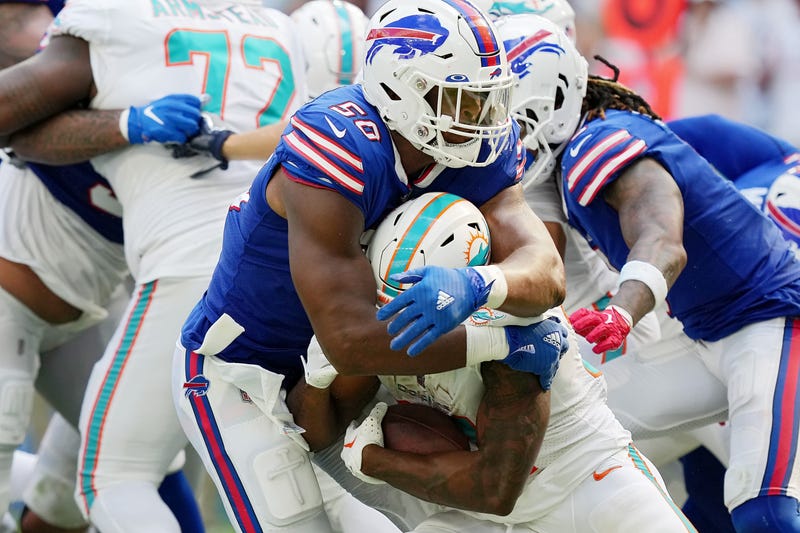 The Dolphins are a poor running team, and more of the same happened here.

Miami's two touchdowns on the ground were mere punch-ins, with the defense having to defend every kind of play and their backs against the wall.

Overall, they kept Miami to 2.4 yards per-run on 11 carries, despite a lack of depth at defensive tackle. 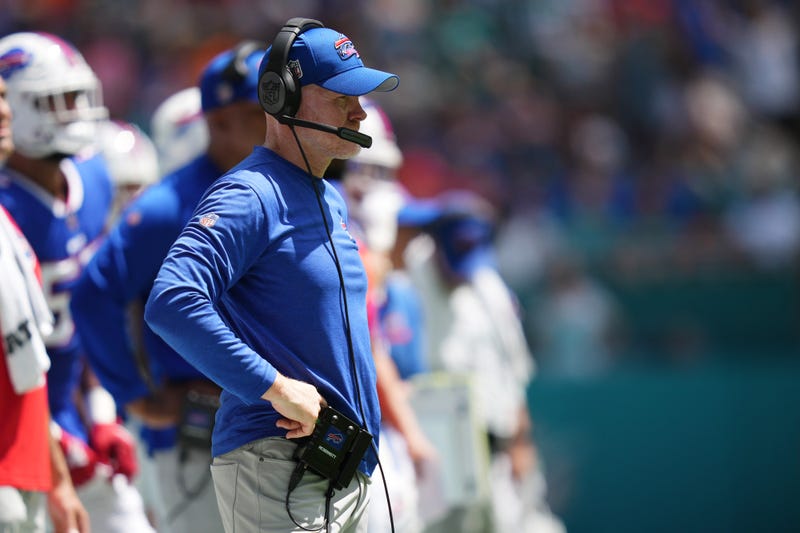 This team continues to lose close games. Buffalo has not won a one-score game since 2020.

There were some coaching woes that could be looked at from this one on both sides of the football.

On offense, Buffalo was mixed in dealing with Miami's aggressive pass rush and being hamstrung by a running game that continues to be awful. The offense was unable to adjust properly, as they scored just three points in the second half.

Buffalo tried getting too cute in the red zone as well, going 2-of-4 within 20 yards of pay dirt. The running game has to be observed from a scheming sense as well, as their inability cannot be just execution alone at this point.

Defensively, the staff made an egregious call on a 3rd-and-22 that helped give Miami a lead they would never relinquish. On an obvious passing down, with a solid pass rush, an inexperienced secondary and a sometimes skittish young quarterback, Buffalo wound up rushing three defenders and giving Tagovailoa a clean pocket.

Unfortunately, the young secondary gave up the big play to Jaylen Waddle to set up 1st-and-goal, which Miami would punch in for the lead.

Photo credit Losi and Gangi
We strive to be a platform where varying opinions may be voiced and heard. The views, thoughts, and opinions expressed by the author(s) of this article and/or by those providing comments are theirs alone, and do not represent those of Audacy, Inc. We are not responsible for any damages or losses arising from this article and/or any comment(s).
Featured Image Photo Credit: Megan Briggs - Getty Images