If Aaron Judge does indeed reach free agency this offseason, there figures to be a slew of suitors outside the New York Yankees for his services.

One of those teams may be the San Francisco Giants, with Jon Heyman writing for The New York Post that Farhan Zaidi and company are "seen as another potential landing spot for Judge."

On one hand, ESPN's Kiley McDaniel reported last offseason that the Giants weren't interested in signing anyone to a deal for $100 million or more, which proved true when they allowed both Kris Bryant and Kevin Gausman to depart in free agency.

On the other hand, while Bryant and Gausman are both All-Star caliber players, they aren't Judge. And Heyman reminds us that the Giants did finish runner-up to the Philadelphia Phillies for Bryce Harper ahead of the 2019 season, Zaidi's first offseason as the president of baseball operations. (The Giants reportedly offered Harper a 12-year/$310 million deal, before he accepted a 13-year/$330 million deal with the Phillies.)

Heyman also notes that Judge went to Linden High School, which is less than two hours away from Oracle Park. He was actually selected by the Oakland Athletics in the 31st round of the 2013 MLB Draft, but elected to play collegiately at Cal State University, Fresno. That decision proved to be a great one, with Judge being selected by the Yankees in the first round of the 2013 MLB Draft. 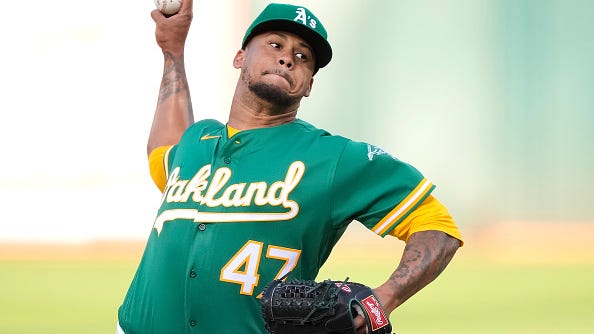