MLB free agency is moving fast ahead of the lockout deadline and one of the biggest names still available on the board is first baseman Freddie Freeman.

Freeman, 32, is one of the best first baseman in baseball. He is a five-time All-Star and former NL MVP and he just helped lead the Atlanta Braves to a World Series title and would be a perfect fit for any contending team.

Let’s look at the possibilities: 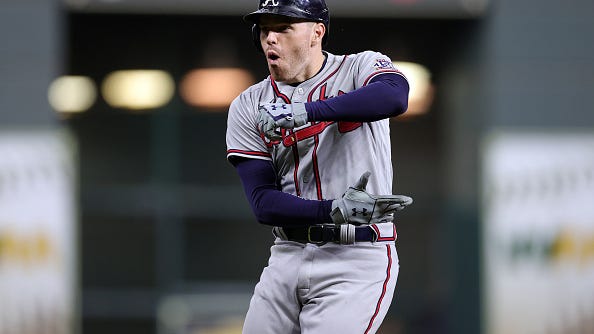 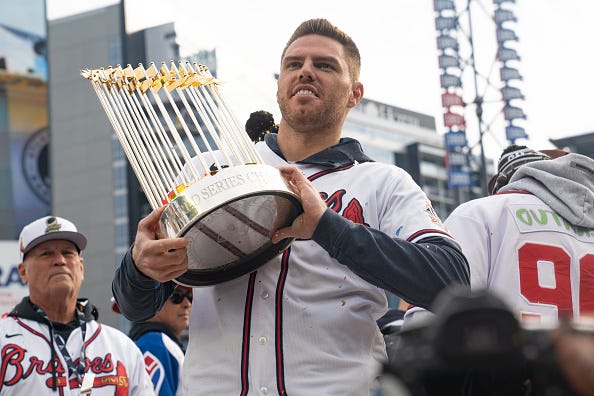 Obviously, Freeman is the face of the Braves. He just helped them win their first World Series since 1995 and has been with the franchise since he was drafted in the second round in 2007. There is no question that Freeman and the Braves are a perfect marriage, the only question is how much are the Braves willing to pay to make Freeman a life-long Brave?

The two sides were unable to reach an agreement on an extension to prevent him from hitting free agency – a large part because Freeman wants a sixth year in his deal.  It’s possible someone else could come in and give Freeman what he wants. It is also possible Freeman feels a sense of loyalty to the Braves and signs with them regardless. It still feels like it would be pretty shocking if he were to go somewhere else, but as long as he is a free agent and other teams are inquiring on him, it remains a possibility. 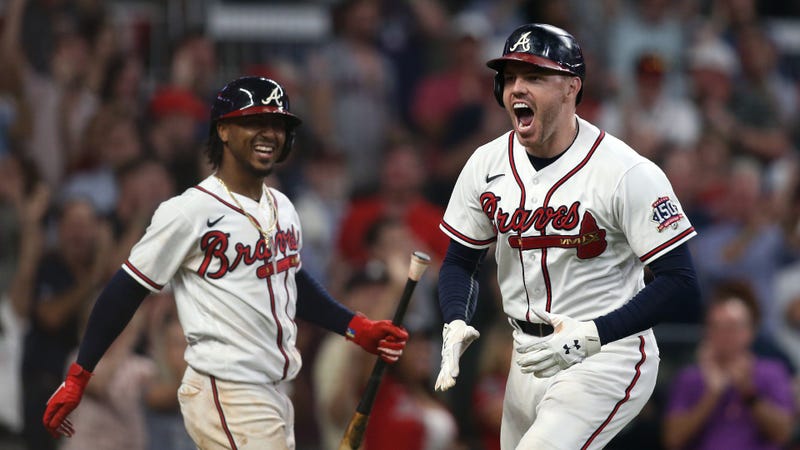 The Yankees saw what a difference a Gold Glove, left-handed hitting first baseman with World Series experience made on their team last year in Anthony Rizzo, so it is no surprise the team is reportedly inquiring about Freddie Freeman, too.

With Luke Voit being unreliable to stay on the field, the Yankees are in the market for a first baseman. Rizzo was seen as a trade deadline rental piece and with a glaring need at shortstop, the Yankees may not want to spend big at first base when there are plenty of other viable options. But Freeman could be the lone exception. While he is the same age as Rizzo, he may be the better player with a career .893 OPS vs. Rizzo’s .850 OPS. Freeman also hits for better average — he batted .300 last year — and has won a Silver Slugger at the position the last three seasons. 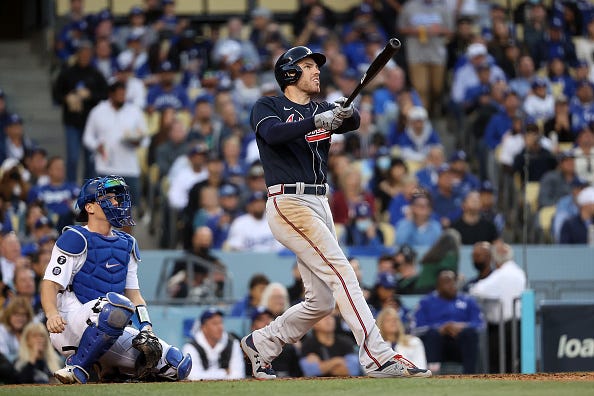 The Dodgers are not afraid to spend money on the marquee players and should never be counted out on anyone. According to Audacy’s MLB insider Jon Heyman, the Dodgers could move Max Muncy to second base and open first up for Freeman. Freeman is also a southern California native, so luring him with the possibility to finish his career where he grew up could intrigue the former MVP to part ways with Atlanta. 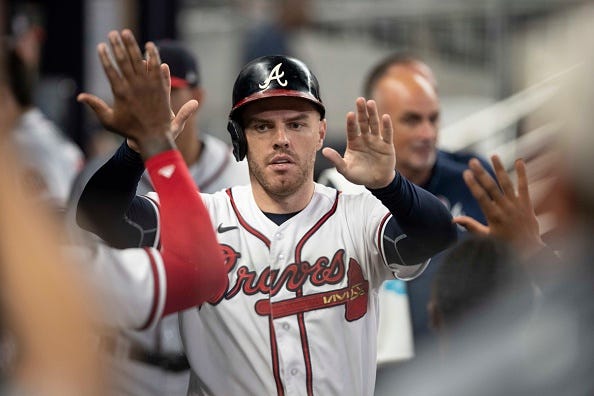 If you are looking for a darkhorse in the Freddie Freeman sweepstakes, the Red Sox could potentially be lurking in the background. According to Jon Morosi of MLB Network, the Red Sox are a potential fit for Freeman. The team does have a void to fill at first base, although it is entirely possible they re-sign Kyle Schwarber after he helped lead Boston to the ALCS last season. They also have younger options in Bobby Dalbec and top prospect Triston Casas who could be ready in 2022.

Of course, Freeman is a win-now move and with the Red Sox just two wins away from the World Series last year, the thought of adding Freeman is intriguing. It may be worth keeping an eye on Boston. 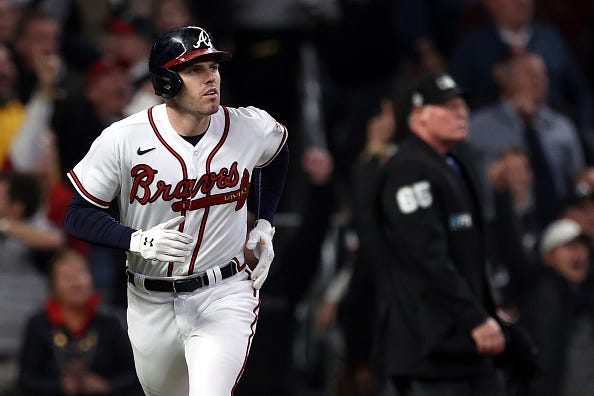 The Blue Jays were the odd team out in a tight AL East and wild-card race last season and will be looking to make upgrades anywhere they can to make sure that doesn’t happen again in 2022. They already lost a significant amount of production in the offense with Marcus Semien signing with the Rangers, but Freddie Freeman could more than make up for that.

The Blue Jays could move Vladimir Guerrero Jr. to a full-time DH and plug Freeman in at first base, which would improve their defense and lineup. Guerrero was a runner-up in the AL MVP race last season and would have won if not for the fact Shohei Ohtani did something that has never been done in the history of the sport before.

Guerrero and Freeman in the same lineup would be a dangerous combo and give the Blue Jays two MVP-caliber players in a lineup that also consists of tough hitters like George Springer, Bo Bichette and Teoscar Hernandez.