Max Scherzer's seven-year, $210 million contract makes him one of the highest-paid pitchers in all of baseball, so it's not like he has to look for other areas to make some money.

However, he has since proven to be something of a bargain for the Nationals at that price, proving the doubters — including one anonymous executive that said it was "ridiculous" for the Nats to commit to him for that long — that he would provide exactly the type of value that general manager Mike Rizzo sought. Perhaps, then, he felt as if he needed to get a bargain of his own and make a little bit of cash on the side.

How did he do it? Through real estate. Scherzer purchased a lavish, award-winning Viriginia mansion along the Potomac River for $5.2 million in 2015, not long after agreeing to his new contract. This past week, Scherzer put the home on the market, seeking a casual $10 million profit on the property.

That's right: the house is now listed at $15 million. And for all of the amenities, breathtaking views and the complete makeover of the house that occurred while he resided there, we're not surprised. As Erik Gunther and Randy White of Realtor.com note, Scherzer purchased the mansion as a four-bedroom house with just over 7,000 square feet of space. As he plans to leave it, it's now a five-bedroom home with over 8,000 square feet to it., thanks to the work of "leading architects, builders and designers" in 2017.

Among the amenities and features are:

— 180-degree views of the Potomac River with several decks and a rooftop terrace
— Infinity pool on the deck overlooking the Potomac
— A 250-foot waterfront not far from the backyard
— Five bedrooms, seven bathrooms and a three-car garage
— Large, airy interior with floor-to-ceiling windows to provide a view of the outdoors

You can find more pictures and more information on the beautiful home here. 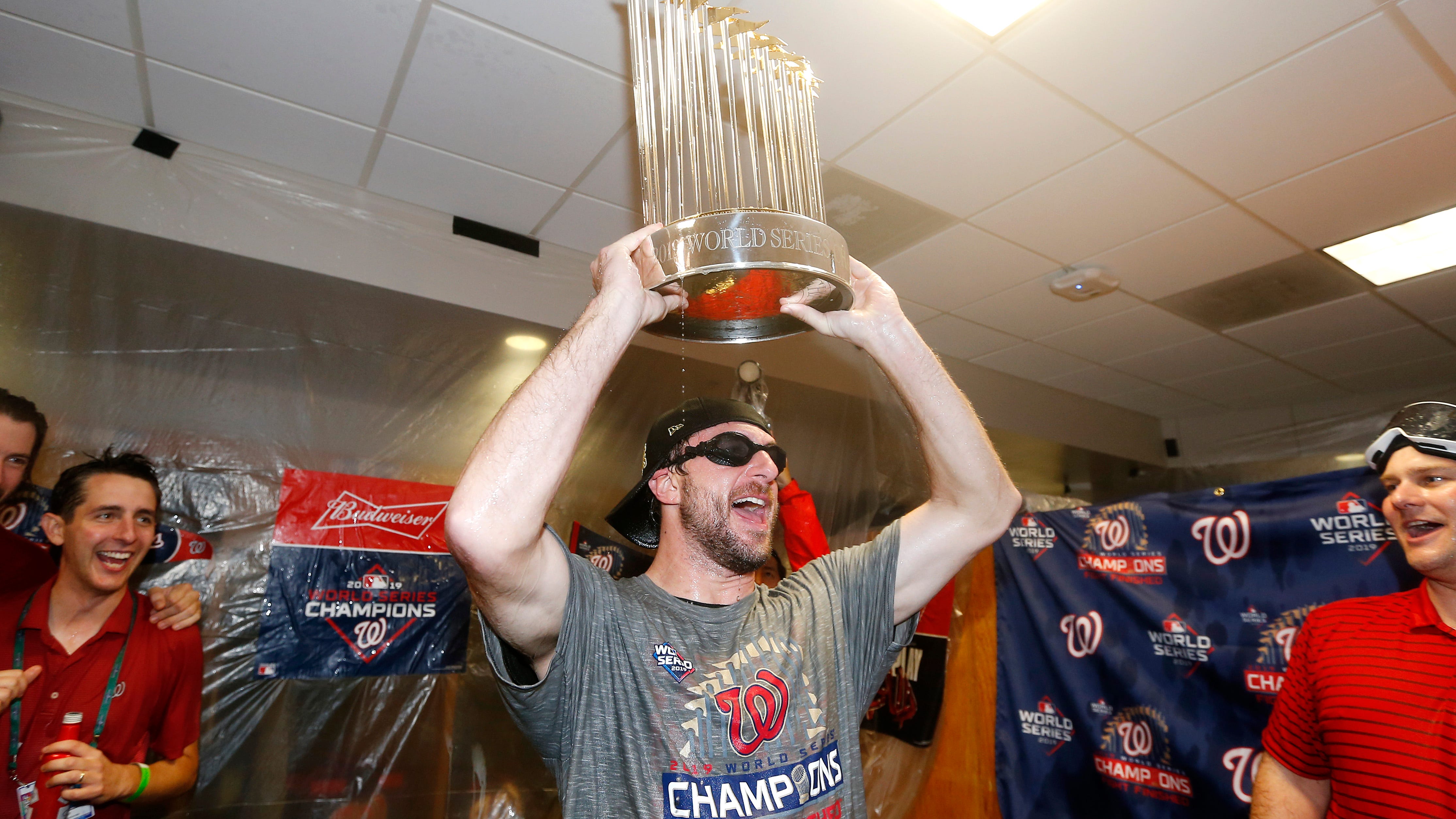