Philadelphia 76ers president Daryl Morey has been around and seen a lot of amazing basketball players, including James Harden.

But Morey says it is Joel Embiid who is the most "unstoppable" player he's ever seen.

“I get in trouble when I say stuff like this, but he’s the most unstoppable thing I’ve ever seen," Morey told SI.com of Embiid. "And I've seen a lot. You know who I’ve seen [alluding to Harden]. But I’ve never seen anything like it. Like last night against Rudy Gobert, he faced him up at eight feet, and I mean it ended in a dunk. And (Gobert) is an amazing defender. And he had no answer.”

It's no coincidence the Sixers are currently in first place in the East while Embiid is having the best season of his career, and is currently the MVP front-runner. 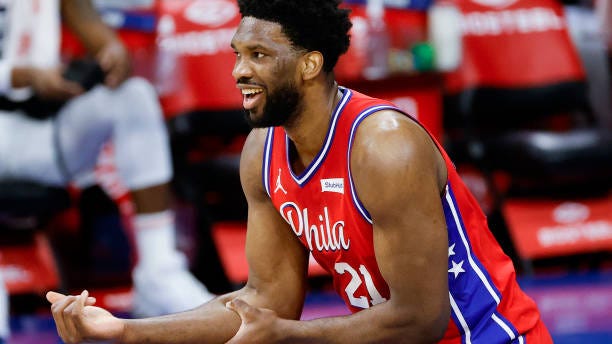 Joel Embiid is the new betting favorite to win MVP

Advanced metrics wise, his box plus-minus (BPM) is a career-high 8.5 and his player efficiency rating (PER) is also a career-high at 31.1. Both of those marks are second best in the NBA, as Nikola Jokic leads the NBA in BPM at 11.6 and PER at 35.1.