There are some games when Patrick Mahomes simply isn’t going to be stopped, and Sunday night in Tampa Bay was one of those games. The Kansas City Chiefs quarterback went 23-for-37 for 249 yards with three touchdown passes while also gaining 34 yards on four carries.

Mahomes led the Chiefs to a 28-17 halftime lead in a game that Kansas City ended up winning 41-31, but it was never that close. The quarterback was on a mission and the team completed that mission in Tampa Bay.

Cody Tapp and Nick Schwerdt of the Audacy Original Podcast “It’s Always Gameday in Kansas City” discussed “petty” Patrick Mahomes and how the quarterback reached another level on Sunday night.

“The petty version of Mahomes, when it shows up, it’s unstoppable,” Tapp said (2:52 in player above). After the game … he admitted that he didn’t think the loss in the Super Bowl would be motivation for him in the game (Sunday night). And then he said ‘I showed up at the stadium and I thought nope, I want to win.’ And then he took a shot at Shaq Barrett in postgame about the offensive line stuff. And I’m stunned he didn’t make a third comment about how he’s a selfish player based on that one article posted by the Kansas City Star because clearly, he loves to dig into those little moments and eviscerate people as a result of it.”

Schwerdt hadn’t seen the article that Tapp referenced, but Brittany Mahomes had.

Y’all are extremely ignorant for this. Kansas City doesn’t do this to it’s people, what a joke you guys are. 😂 https://t.co/otmZsegnJP

“Brittany Mahomes was tweeting about it, so if I think Brittany was tweeting about it, do I think Patrick saw it? Yeah, probably,” Tapp continued. “So they just put all these little things together to send out Super Mahomes. We should know by now that if there’s real smoke, like enough stuff to really motivate him, never bet against him because for all the times he counts on his hands or talks about those things, Nick, that’s who he is. Look, all that stuff is to say he was also doing some borderline incomprehensible things in the passing game again.”

The borderline incomprehensible thing that Mahomes did this time may not look special in the box score. It was only a two-yard touchdown pass to Clyde Edwards-Helaire, but it wasn’t a cheap shovel pass or anything like that. Mahomes worked his magic to find his running back in the end zone.

WHAT WAS THAT?! @PatrickMahomes

If petty Mahomes can break out moves like that, the rest of the league needs to be on notice.

“What do you think the correlation is really between him having a chip on his shoulder, finding someone who disrespected him or his team, and then coming out and playing the way he did tonight?” Schwerdt said.

The Chiefs were coming off of a rather embarrassing showing in Indianapolis. They scored just 17 points in the loss, giving the Colts their first win of the season.

But this week was different. It was a primetime matchup against the team that beat the Chiefs in the Super Bowl two years ago – and it was at the same stadium.

“We like to think that these football players, they attack every game the same, I know we sort of joke and roll our eyes about when people say trap game, but the reason they say that is because they’re real. You’re playing football for four months, there is a zero percent chance you’re attacking every single game the exact same way. It just does not happen,” Schwerdt continued.” Especially last week you’re going up to Indianapolis against a winless team knowing that the next week, primetime game against Brady, against the Bucs, against the team that beat you in the Super Bowl. I don’t know if there’s really any revenge, because you’re already two years removed from it, but I do think there’s just a level of focus that guys get into. And when Mahomes enters that level, a guy who is already the most talented quarterback in the NFL starts doing things that make you wonder if they’re even legal.”

Mahomes and the Chiefs will look to keep things rolling in Week 5 as they host the Las Vegas Raiders on Monday Night Football. 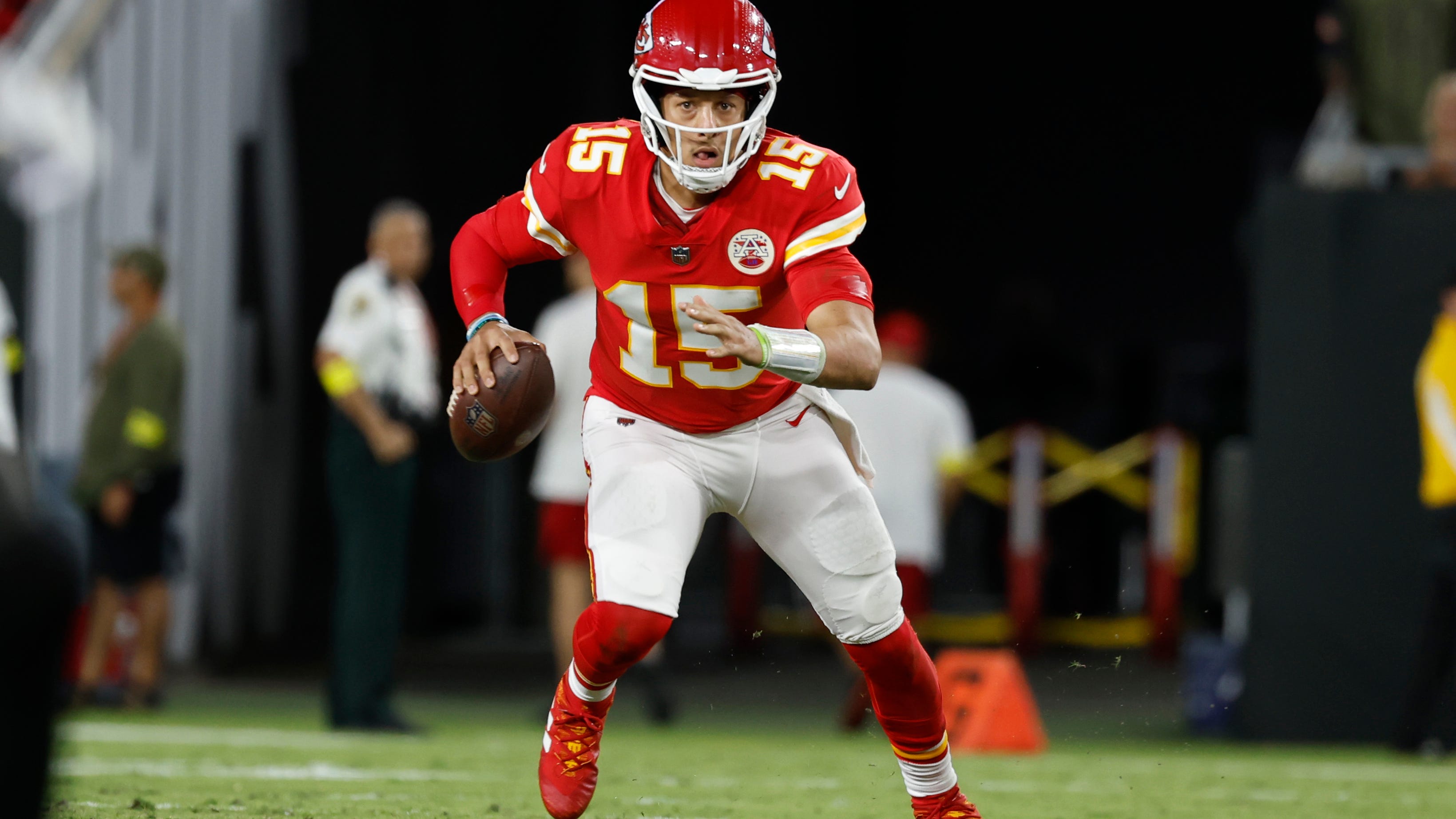 Patrick Mahomes on Bucs' trash talk: 'I thought it was surprising'