The question now is will Craig Anderson or Dustin Tokarski be ready by Saturday to dress for the game in Arizona against the Coyotes, or will Kevyn Adams have to sign another goalie?

Anderson says up to this point, everything has been positive for him since he started practicing with the team on Jan. 21. He says it’s too early to tell about being in the lineup against the Coyotes.

“It was my first full practice with my own net, so we’re just trying to see how the recovery is,” Anderson said following Thursday's session.

“Generally speaking, in the last seven days or so of skating, it’s been kind of similar or better than the day before.”

The injury has been pretty consistent with the way it’s been reacting.

“The trend is as soon as I get out there and get warmed up, it starts to feel better," Anderson said. "Then as the day goes on, you see how the recovery goes, so it’s hard to say yes or no, as far as what the status is for the weekend.”

Houser has done well in his two starts after coming out of nowhere last season to get four games in the NHL. Anderson says it never surprises him when somebody gets an unexpected opportunity and does well.

“He’s been excellent," he said about the 29-year-old. "He’s gone in there and given the team a chance to win, and tip your hat off to him. He came in in a tough spot and done the job. He’s done everything the teams asked from him, and he’s a competitor. He wants to go out there and earn his ice, and why not him? That would be my message to him: Why not you? The door's open. Kick it open, go out there, fight for your ice and take it.”

Houser would rather not get his opportunity through somebody else’s misfortune, but he says he’s ready to seize the moment.

“It’s an opportunity, you never want to see a goalie go down to injury or suspension, but it opens up chances, and my job is to take advantage of that,” Houser said on Thursday.

Houser made 43 saves on 44 shots to beat Ottawa more than a week ago. He allowed three goals against the Philadelphia Flyers, but still won the game.

“Ottawa was pretty good, I thought. Philly I could've probably had two of them," Houser admitted. "Just the five-hole ones you never like much, but everything around that has been pretty good. I felt tight, I felt quick, my eyes have felt pretty good.”

The first Flyers goal by Rasmus Ristolainen was definitely a goal Houser would want back, but he showed mental toughness for the rest of the game.

“There are some goalies that may struggle after giving up a softie or one that they don’t like, but I think I’ve learned pretty well how to flush it and just move on, because the next save is the most important.”

Houser said he’s been using Dustin Tokarski and Anderson as learning tools for him. He said he loves talking goalies with them.

Granato had no opinion on the suspension of Dell. He said he honestly hasn’t even looked at the replay, because he’s busy coaching a team and that’s Kevyn Adams' department, not his. 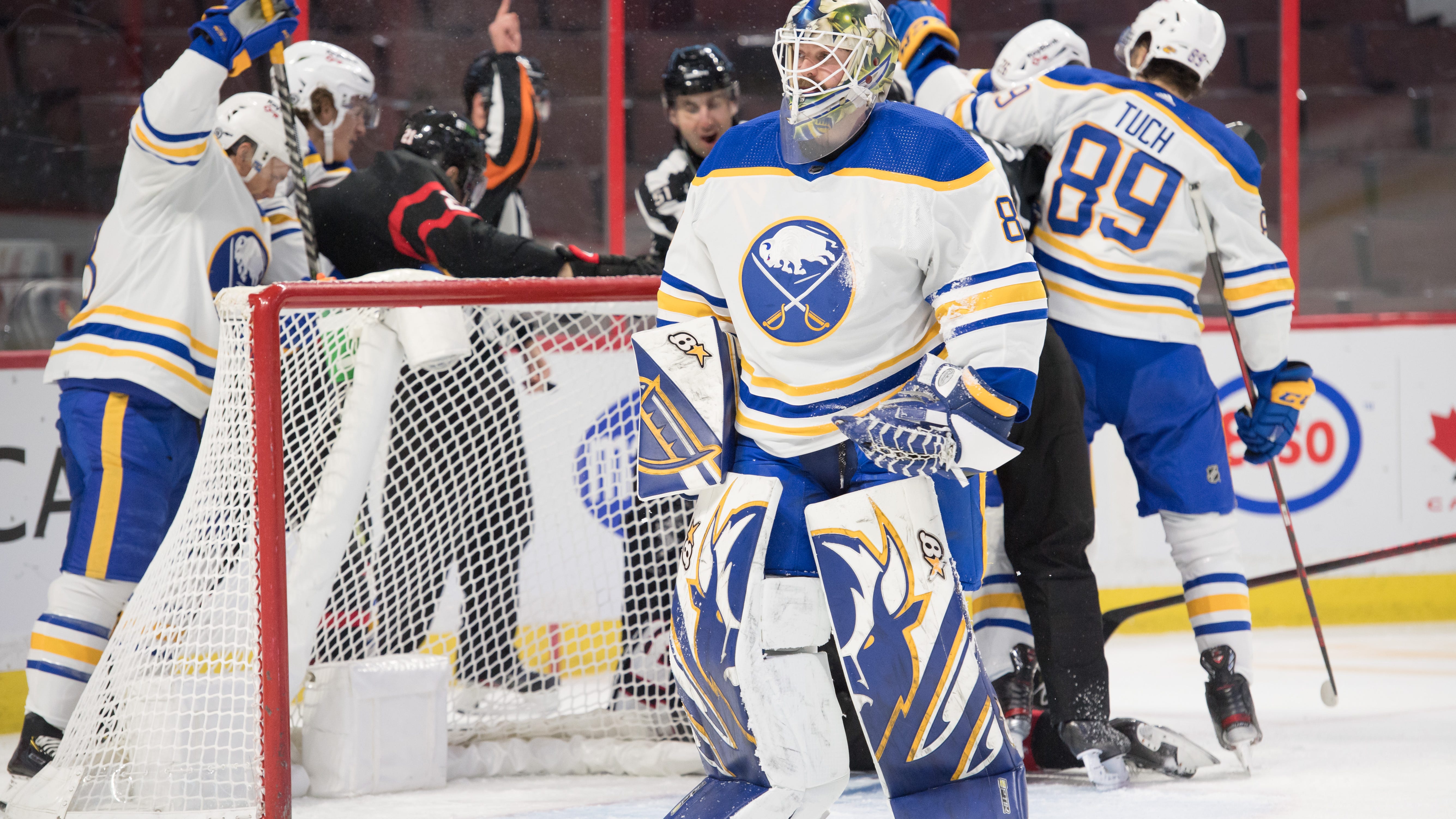