Peterka also led the team in playoff scoring with seven goals and five assists for 12 points in 10 games. His seven goals were eighth in the league in postseason scoring.

If you want a comparison, Victor Olofsson scored 30 goals and 33 assists for 63 points in 66 games during his only AHL season. Olofsson was 23-years-old that year with the Amerks, while this season, both Quinn and Peterka were 19.

In the preseason last year, Peterka did well offensively, scoring three goals and four points in five games. Many fans didn’t understand why he was sent down, but if you really watched him, his overall game was not even close to NHL level. Peterka says he didn’t realize how much he had to learn when he was sent down.

"I think after playing a year here, I reflected and really saw that that year was really important for me in 'Roch',” said Peterka during Sabres Development Camp a couple weeks back.

Right after the 2022 NHL Draft, both Peterka and Quinn took part in their first development camp after COVID-19 wiped out the one in 2021.

“I wanted to go, but it got canceled. So I was really happy to be here and took everything in," Peterka said. “It was nice to meet all the guys there and we just had fun.”

When Amerks assistant coach Michael Peca spoke about Peterka this offseason, he had many positive reviews of the German-born winger.

“He’s an impressive young man," said Peca. "I still view him as a unicorn, because I can’t find anybody that I’ve ever played with or against that resembles the type of player that he can become.

"The scary part is he has no idea as to how good he can be, which is scary. It’s the blend of the power and speed and the skill set with his hands and his shot, and his ability to play a physical game. He can dominate in any environment." 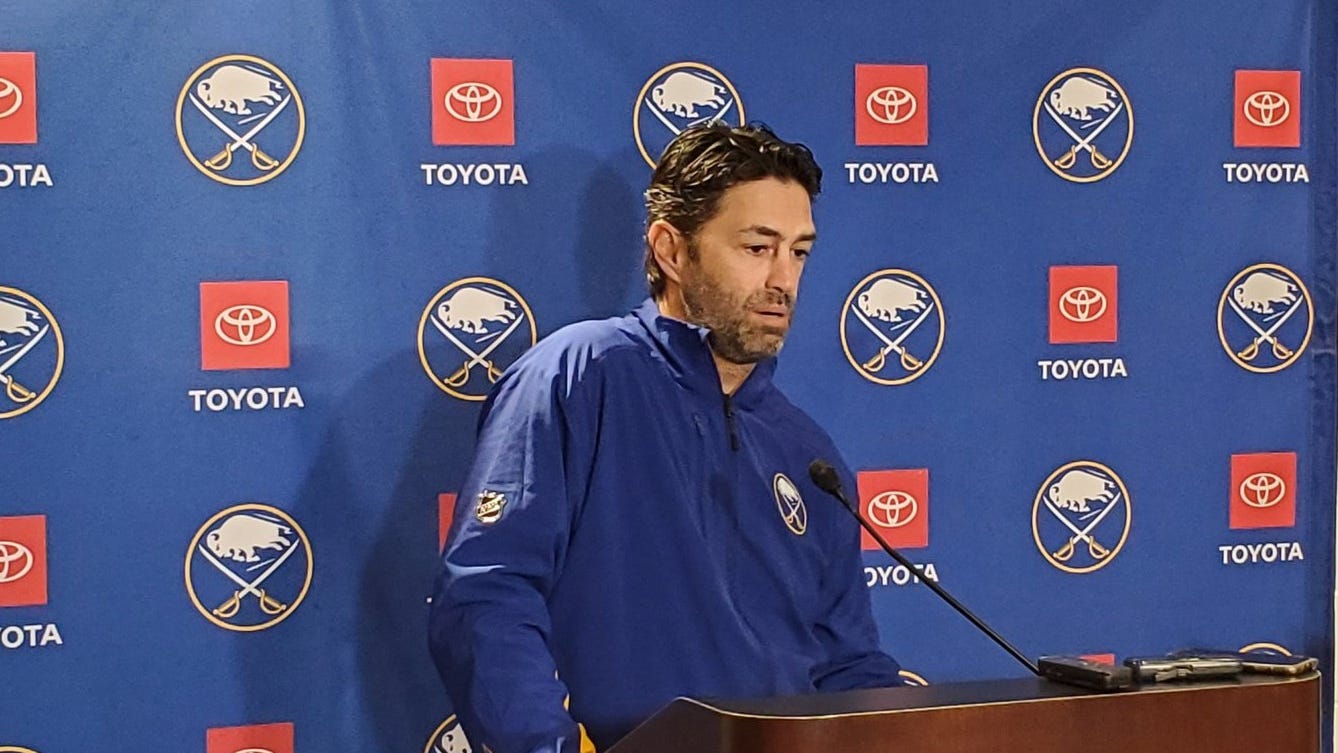 Peterka even admitted he stayed close to Peca throughout the season.

“He’s really good," Peterka said. "He’s such a good human and such a great coach, and when you talk about him playing, I tried to soak in as much as I could.”

Peca says he never expected Peterka to be able to kill penalties, but he was doing it by the end of the season.

“When I came down, I didn’t know that either, that I’d be a penalty killer by the end of the season," Peterka said. "But it’s always about ice-time, and if you can get trust from the coach, it meant a lot to me.”

Peterka excelled in the Calder Cup Playoffs for Rochester, while Quinn had trouble adjusting to the extra attention he got. Having the playoffs he did is going to make things difficult for Buffalo Sabres head coach Don Granato in training camp as he picks a roster.

“It helped a lot. I think having a good playoff gave me the feeling that I’m going to work extremely hard to make the roster this season,” Peterka said.

In Peterka’s two games in Buffalo this past season, he played against the New York Islanders and New Jersey Devils and was way in over his head. It was then Peterka realized he still had much to learn, and when he went back to Rochester, it gave him even more purpose to his game.

“I saw what the National League is all about. After that, I had a better feeling of the difference between the AHL and the NHL. My game really grew after that, as well,” Peterka said.

It’s going to be interesting to see if there’s room for both Peterka and Quinn on this year’s opening night roster. That’s a topic I’ll tackle later this month.