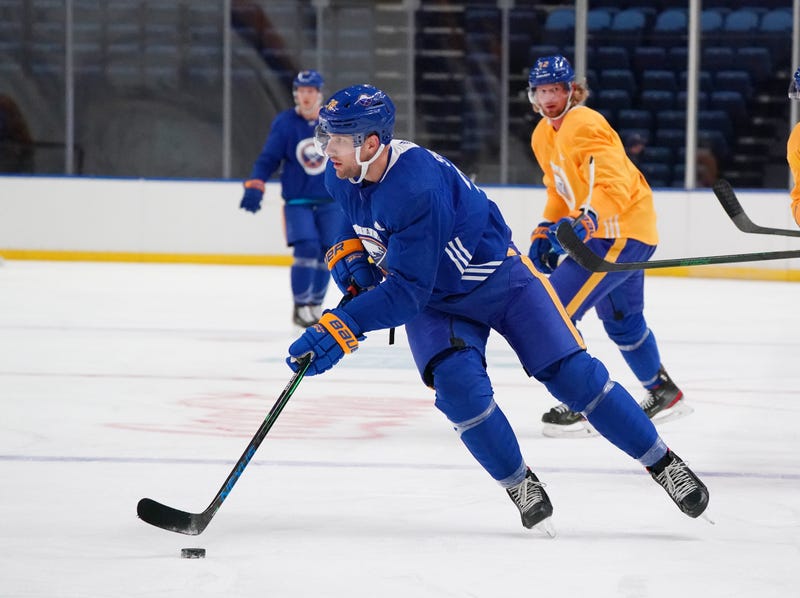 Riley Sheahan joined the Buffalo Sabres just before the opening of training camp for the 2020-21 season on a professional tryout after going unsigned as a free agent this offseason.

A little more than a week later, Sheahan has inked a one-year contract with the Sabres for the upcoming season worth $700,000.

The Sabres have signed forward Riley Sheahan to a one-year contract worth $700,000. pic.twitter.com/yOZTqbmIRg

The 29-year-old started training camp skating as an extra, filling in here-and-there on one of the top-two lines for practice. However, when Zemgus Girgensons went down for the season with a hamstring injury, Sheahan started to skate on a line with Curtis Lazar and Tage Thompson.

In 513 career games in the National Hockey League, Sheahan has scored 66 goals and picked up 98 assists for 164 points with the Detroit Red Wings, Pittsburgh Penguins, Florida Panthers and the Edmonton Oilers. His career-year came with the Red Wings in the 2014-15 season, where he scored 13 goals and put up a career-high 23 assists for 36 points.

Last year in Edmonton, Sheahan appeared in 66 games, scoring eight goals and adding seven assists for 15 points as a depth forward with the Oilers. He also played in four playoff games with Edmonton in the Return To Play plan this past summer.

Sheahan is a former first round pick (21st overall) in the 2010 NHL Draft by the Red Wings.

The Sabres return to the ice on Friday for practice at 10 a.m. EST.