Bills pass rusher Von Miller is out for the rest of the season after it was discovered he had an ACL tear during an exploratory surgery
By Paul Hamilton, WGR Sports Radio 550

Buffalo, N.Y. (WGR 550) – Those that played in the Buffalo Sabres' preseason win over the Washington Capitals on Sunday got Monday off, but the rest of the team skated at practice.

I don’t believe head coach Don Granato has made a decision on if Casey Mittelstadt is going to play center or left wing.

“Here’s a guy that’s put the work in, and you want to see him get rewarded for it," said Granato following Monday's practice. "He is in really good shape, he’s skating really well, and I just want him to stay healthy. We will see a much, much better Casey Mittelstadt.”

Mittelstadt genuinely doesn't care what position he plays heading into the upcoming year.

“I’ve spoken to 'Donny' about it, and I’m fine with it," said Mittelstadt following Monday's practice. "I’ve played both before, so it’s no problem to bounce back-and-forth with it, because it doesn’t feel all that different, especially in our system.”

Usually when a team is over 25 points out of the playoffs, a lot of changes are made in the offseason. However, aside from some fringe players getting moved, the team just added goalie Eric Comrie and defenseman Ilya Lyubushkin.

Sabres winger Alex Tuch believes they will be able to improve with most of the same guys in place.

“In our last 10 games, I think our defense had an average age of like 22.1, so the entire group is going to improve with one more year of experience," said Tuch after Monday's practice. "It’s a young D-core, and we had a really good addition in Lyubushkin, but we’re going to improve as a team. Everyone from last year is hoping to have a better year.”

When you speak to winger Jeff Skinner, he gives a lot of thought to his answers and says many good things. Granato says he wants to see improvement with how many plays that could’ve been goals or prevented goals were left on the ice.

“I think naturally, guys should be taking steps forward," Skinner said. "It’s been talked about a lot that last season, "We saw young guys stepping up into impact roles and those guys, as they grow older, mature and gain confidence. It’s only natural that they’ll continue to improve and that will help us as a group.”

When the season starts, Tage Thompson and Skinner will be together. The right wing is still very much in doubt. Both Tuch and Victor Olofsson excelled there last season.

“I see those two staying together," Granato said of Thompson and Skinner. "There’s chemistry there, but they work together, they strategize together. They’re really dialed in.”

Skinner saw his career revived last year playing with Thompson, as he netted 33 goals and 63 points. Just like when he slumped for two years, Skinner deserves all the credit for his return to form. After speaking with Granato, he put in the work and improved his practice habits.

“Some players have a better chemistry than others, but you still have to work at it," said Skinner on Monday. "You get to communicate through different situations, and usually I feel like we’re on the same page. If we’re not, we figure it out, so it’s been fun to play with him.”

Sabres general manager Kevyn Adams has said all along that they’re going to develop and then pay their own players. Thompson is the first one that got paid, getting a contract extension of seven years worth $50 million. Skinner is glad to see Adams is a man of his word and it goes a long ways in the locker room.

“Everyone was pumped for him," Skinner said of Thompson. "He’s a huge part of our team, so I can’t speak for the young guys, but it sets a tone for what’s expected and how guys are treated.”

The Sabres have added a feature to its shooting room, and it’s caused some massive competition.

“There’s an app that goes on your phone, so Dahlin went in there and had a high score. Mittelstadt went in there to break the high score, he did and Dahlin saw it on his phone and actually went back to break it. He has the record now and according to the guys that installed the machine, they’ve never seen scores that high.”

Granato says we will probably see Craig Anderson in goal in Tuesday’s preseason game against the Philadelphia Flyers. Granato doesn’t know how long he will play. He also said Anderson has been around long enough to know how much work he will need to get ready for the season, and that’s all he’ll play.

Lines and defensive pairs change a lot during practice, but this is how they were the first time through on Monday: 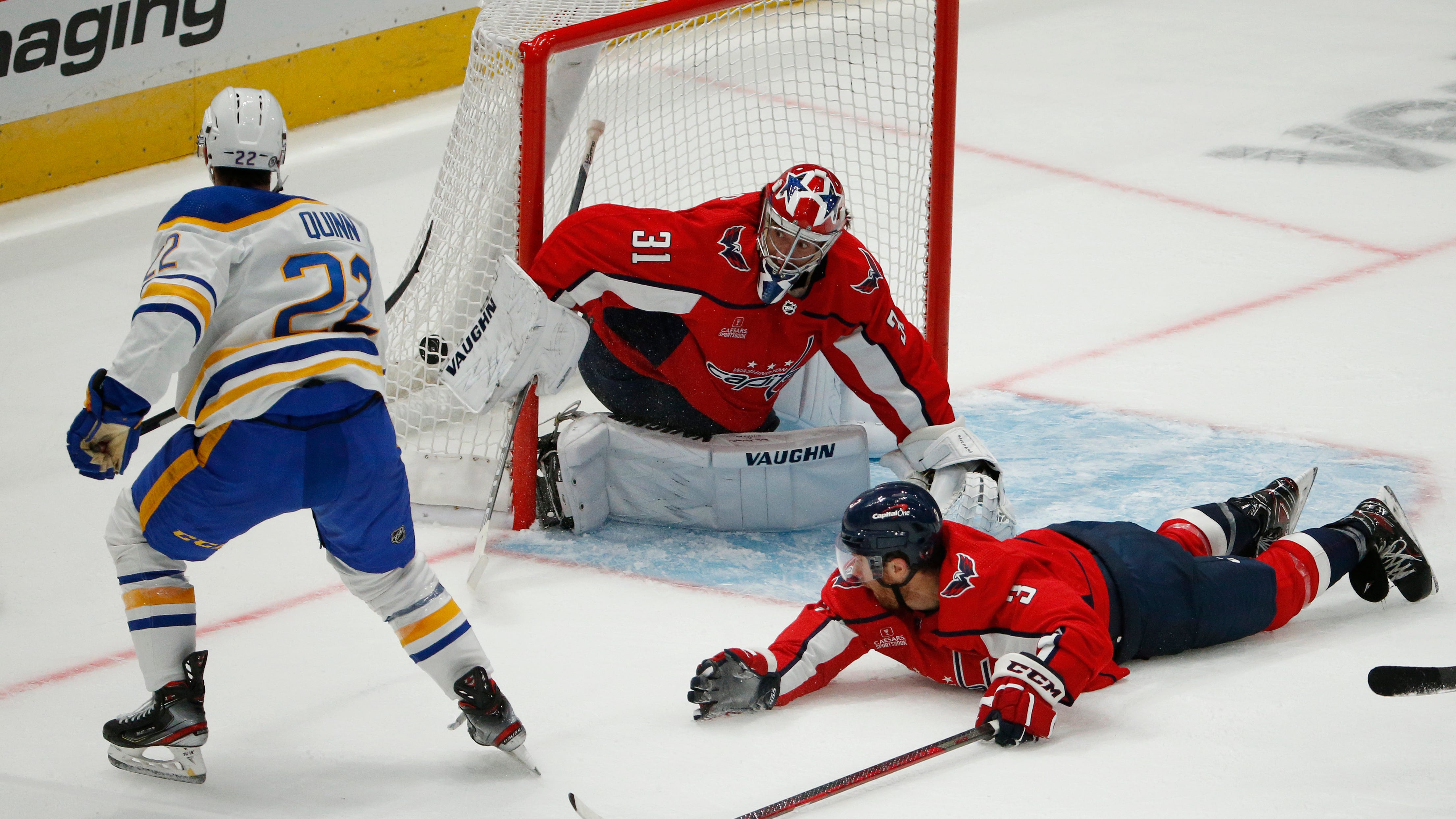