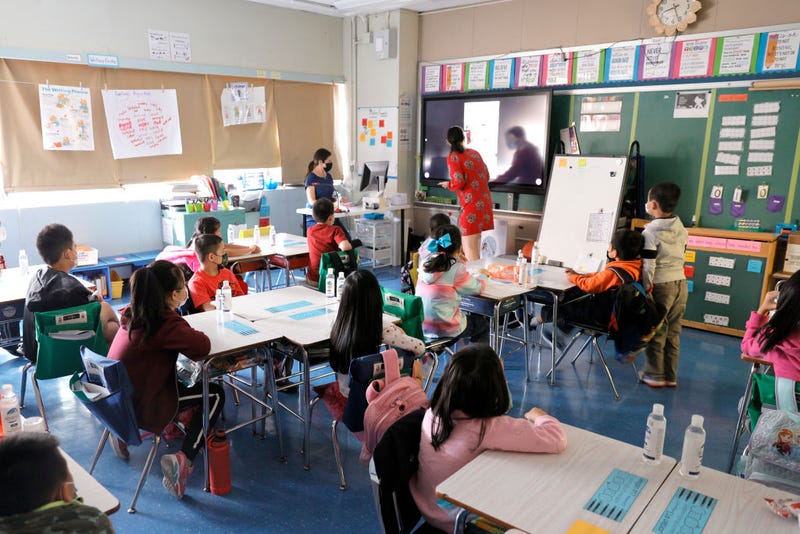 Co-teachers at Yung Wing School P.S. 124 Marisa Wiezel and Caitlin Kenny give a lesson to their masked students in their classroom on September 27, 2021 in New York City Photo credit (Photo by Michael Loccisano/Getty Images
By The Associated Press

HARRISBURG, Pa. (AP) — A state court has thrown out an order by Pennsylvania’s acting health secretary that requires masks inside K-12 schools, but the Wolf administration put it on hold with an immediate appeal. Commonwealth Court ruled that said the mask mandate didn't comply with rules for setting regulations and was adopted without an existing disaster emergency declared by the governor. Commonwealth Court sided 4-1 with the ranking Republican in the state Senate and others who sued to challenge the masking order that took effect in early September. Democratic Gov. Tom Wolf on Monday announced he'll return authority over masking decisions to local school districts in January.