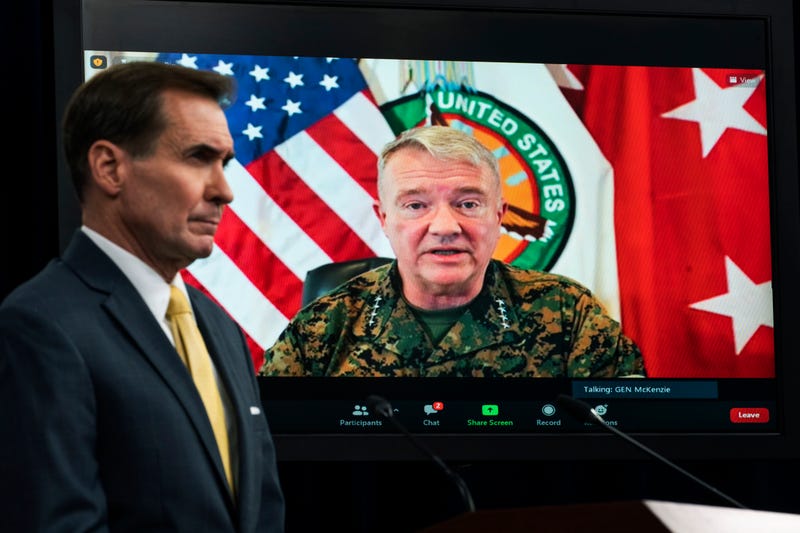 For days after the Aug. 29 strike, Pentagon officials asserted that it had been conducted correctly, despite 10 civilians being killed, including seven children. News organizations later raised doubts about that version of events, reporting that the driver of the targeted vehicle was a longtime employee at an American humanitarian organization and citing an absence of evidence to support the Pentagon's assertion that the vehicle contained explosives.

The airstrike was the last of a U.S. war that ended as it had begun in 2001 — with the Taliban in power in Kabul. The speed with which the Taliban overran the country took the U.S. government by surprise and forced it to send several thousand troops to the Kabul airport for a hurried evacuation of Americans, Afghans and others. The evacuation, which began Aug. 14, unfolded under a near-constant threat of attack by the Islamic State group’s Afghanistan affiliate.

McKenzie, who oversaw U.S. military operations in Afghanistan, including a final evacuation of U.S. forces and more than 120,000 civilians from Kabul airport, expressed his condolences to the family and friends of those killed.

“I am now convinced that as many as 10 civilians, including up to seven children, were tragically killed in that strike," McKenzie said. “Moreover, we now assess that it is unlikely that the vehicle and those who died were associated with ISIS-K or were a direct threat to U.S. forces," he added, referring to the Islamic State group's Afghanistan affiliate.

Prior to the strike, U.S. intelligence had indicated a likelihood that a white Toyota Corolla would be used in an attack against U.S. forces, McKenzie said. On the morning of Aug. 29, such a vehicle was detected at a compound in Kabul that U.S. intelligence in the preceding 48 hours had determined was used by the Islamic State group to plan and facilitate attacks. The vehicle was tracked by U.S. drone aircraft from that compound to numerous other locations in the city before the decision was made to attack it at a point just a couple of miles from Kabul airport, McKenzie said.

“Clearly our intelligence was wrong on this particular white Toyota Corolla," he said.

Defense Secretary Lloyd Austin, in a written statement, apologized for what he called “a horrible mistake.”

“We now know that there was no connection" between the driver of the vehicle and the Islamic State group, and that the driver's activities that day were “completely harmless and not at all related to the imminent threat we believed we faced," Austin said.

Gen. Mark Milley, chairman of the Joint Chiefs of Staff, told reporters two days after the attack that it appeared to have been a “righteous” strike and that at least one of the people killed was a “facilitator” for the Islamic State group’s Afghanistan affiliate, which had killed 169 Afghan civilians and 13 Amer