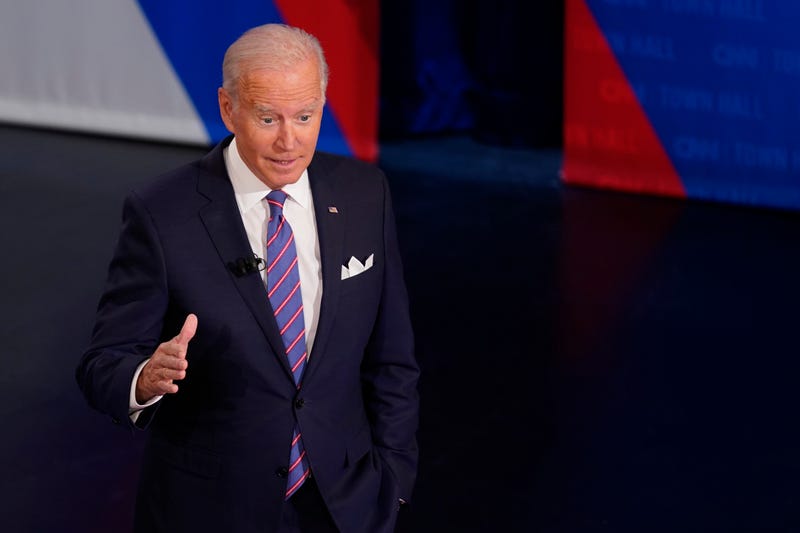 Biden's comments on Thursday were viewed as stretching the “strategic ambiguity" Washington has maintained over how it would respond to an assault on the self-governing island republic.

The U.S. should “be cautious with its words and actions on the Taiwan issue, and not send any wrong signals to the separatist forces of Taiwan independence, so as not to seriously damage China-U.S. relations and peace and stability in the Taiwan Strait,” Wang said.

At the White House, press secretary Jen Psaki said Friday that Biden’s comments about Taiwan weren't meant to signal a change in approach.

“What I can convey to you is that our policy has not changed,” Psaki said. “He was not intending to convey a change in policy, nor has he made a decision to change our policy."

In his comments, Biden said the U.S. did not want a new Cold War but expressed concern about whether China was “going to engage in activities that will put them in a position where they may make a serious mistake."