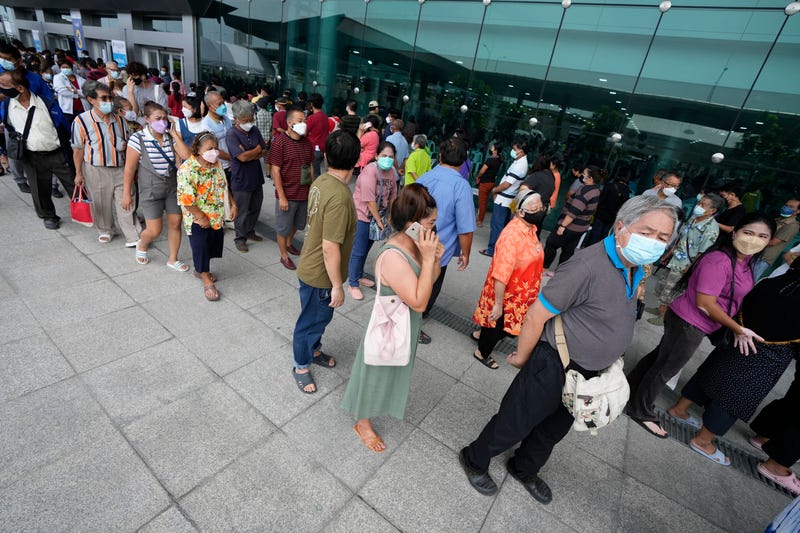 As hospitals there began to run out of oxygen, the government stepped in and ordered manufacturers to shift most production from industrial purposes and dedicate 90% to medical oxygen, up from 25%.

Before the current crisis, the country needed 400 tons of oxygen for medical use per day; with the sharp rise in COVID-19 cases, daily use has increased fivefold to more than 2,000 tons, according to Deputy Health Minister Dante Saksono.

Though the production of oxygen is now sufficient, Lia Partakusuma, secretary general of Indonesia’s Hospital Association, said there were problems with distribution so some hospitals are still facing shortages.

In Indonesia, about 14% of of the population has had at least one vaccine dose, primarily China’s Sinovac.

There are growing concerns that Sinovac is less effective against the delta variant, however, and both Indonesia and Thailand are planning booster shots of other vaccines for their Sinovac-immunized health workers.

In Myanmar, the pandemic had taken backseat to the military's power seizure in February, which set off a wave of protests and violent political conflict that devastated the public health system.

Only in recent weeks, as testing and reporting of COVID-19 cases has started recovering, has it become clear that a new wave of the virus beginning in mid-May is pushing cases and deaths rapidly higher.

Since the start of July its death rate has been climbing almost straight up, and both cases and fatalities are widely believed to be seriously underreported.

“With little testing capacity, low numbers in the country vaccinated, widespread shortages of oxygen and other medical supplies, and an already beleaguered health care system under increasing strain, the situation is expected to get increasingly worse in the coming weeks and months,” said ASEAN Parliamentarians for Human Rights, a regional advocacy group.

“Meanwhile, the junta’s confiscation of oxygen, attacks on health care workers and facilities since the coup, and the lack of trust in any services they provide by the majority of the population, risks turning a crisis into a disaster.”

On Thursday, the government reported 6,701 new cases and 319 new deaths. There are no solid figures on vaccinations, but from the number of doses that have been available, it's thought that about 3% of the population could have received two shots.

Officials this week pushed back at social media postings that cemeteries in Yangon were overwhelmed and could not keep up with the number of dead, inadvertently confirming claims that hospitals were swamped and many people were dy