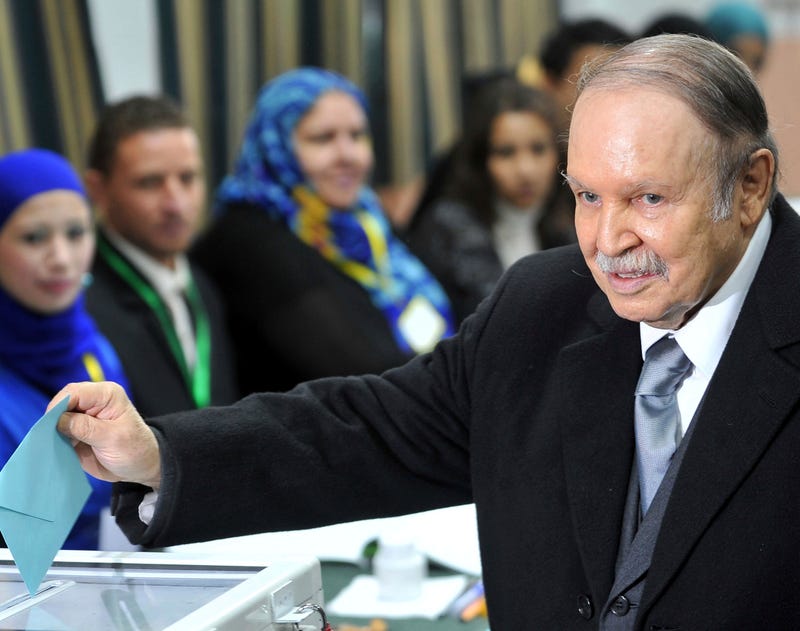 ALGIERS, Algeria (AP) — Former Algerian President Abdelaziz Bouteflika, who fought for independence from France, reconciled his conflict-ravaged nation and was then ousted amid pro-democracy protests in 2019 after two decades in power, has died at age 84, state television announced Friday.

The report on ENTV, citing a statement from the office of current President Abdelmadjid Tebboune, did not provide the cause of death or information about funeral arrangements.

Bouteflika had suffered a stroke in 2013 that badly weakened him. Concerns about his state of health, kept secret from the Algerian public, helped feed public frustration with his 20-year, corruption-tarnished rule. Mass public protests by the Hirak movement led to his departure.

An astute political chameleon, Bouteflika had been known as a wily survivor ever since he fought for independence from colonial ruler France in the 1950s and 1960s.

He stood up to Henry Kissinger as Algeria's long-serving foreign minister, successfully negotiated with the terrorist known as Carlos the Jackal to free oil ministers taken hostage in a 1975 attack on OPEC headquarters, and helped reconcile Algerian citizens with each other after a decade of civil war between radical Muslim militants and Algeria’s security forces.