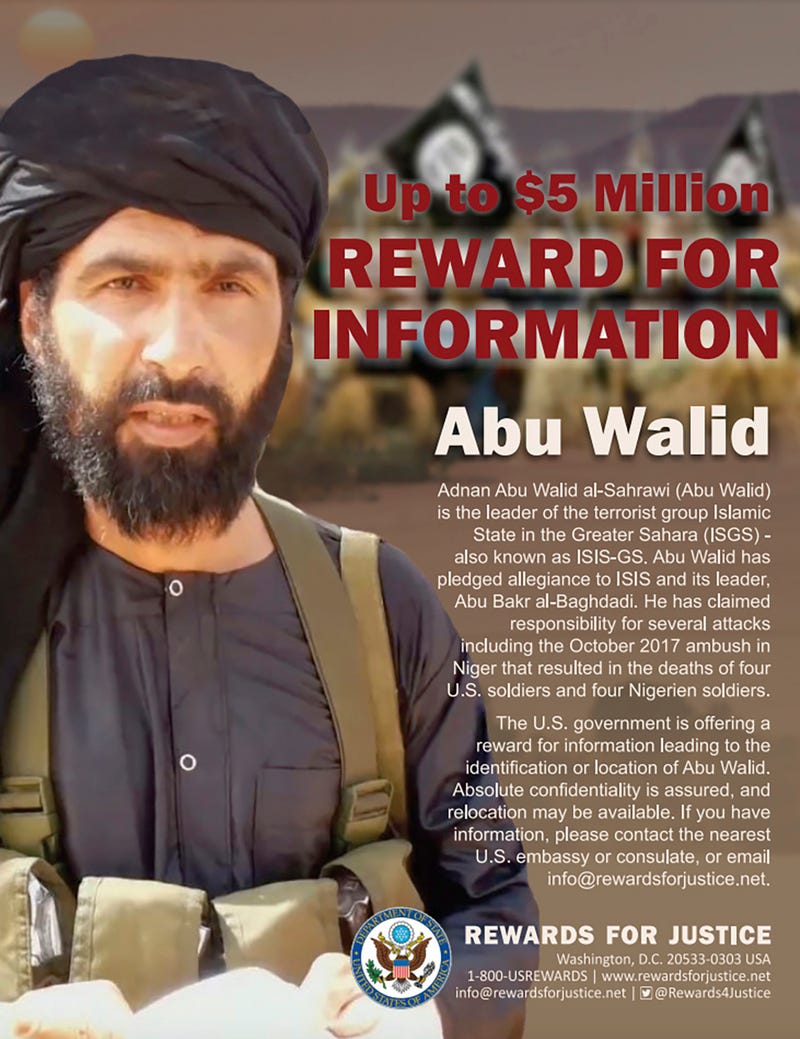 PARIS (AP) — The leader of the Islamic State in the Greater Sahara died of wounds from a drone strike that hit him on a motorcycle last month in southern Mali, in a French-led operation involving backup from U.S., EU, Malian and Nigerien military forces, French authorities said Thursday.

The French government did not disclose how they identified him as Adnan Abu Walid al-Sahrawi, whose group has terrorized the region. The claim could not immediately be independently verified.

France declared the killing a major victory against jihadists in Africa and justification for years of anti-extremist efforts in the Sahel. French government officials described al-Sahrawi as “enemy No. 1” in the region, and accused him of ordering or overseeing attacks on U.S. troops, French aid workers and some 2,000-3,000 African civilians - most of them Muslim.

Experts called the announcement big and welcome news for governments struggling against violent extremists — but warned that ISGS could find a new leader, and that the threat of jihadist violence remains high.

“The death of Al-Sahrawi will likely disrupt ISGS operations in the short-term. But it is unlikely to permanently cripple the extremist group,” said Alexandre Raymakers, senior Africa analyst at risk intelligence company Verisk Maplecroft.

He called it a “tactical success” for Operation Barkhane considering Al-Sahrawi's elimination had been a top priority for the French military, but noted that despite the loss of several senior leaders to French military operations over the years, the jihadist group has continued to expand its footprint in the Sahel.

“This reinforces our determination to fight terrorism with our partners in the Sahel, with our American and European partners,” French Defense Minister Florence Parly told reporters in Paris. “We will not leave the Sahel.”

Intelligence gleaned from the capture of ISGS fighters earlier this year allowed France to hone in on specific areas where Al-Sahrawi was likely to hide, Parly said.

He was on a motorcycle with one other person when they were hit by a drone strike in the Dangalous Forest near the Niger border on Aug. 17, one of several airstrikes in the region in mid-August, said the chief of staff of France's military, Thierry Burkhard.