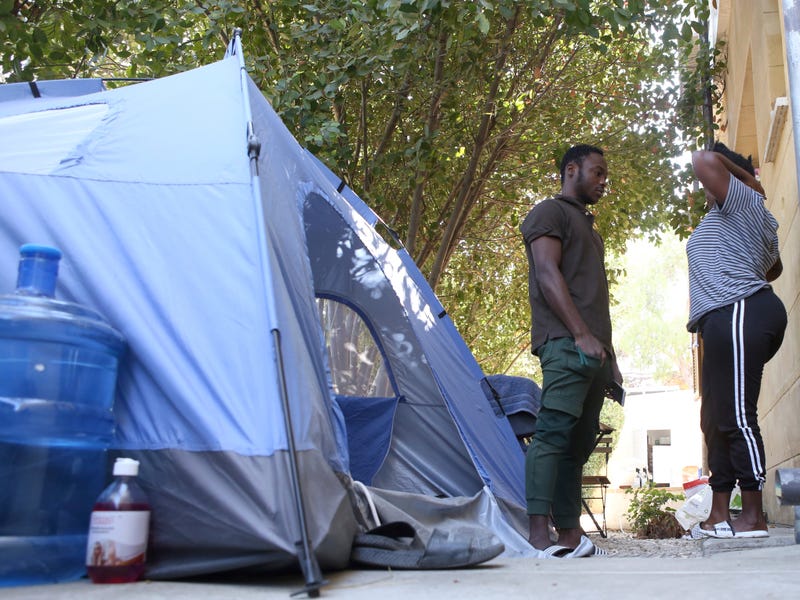 NICOSIA, Cyprus (AP) — It seems a strange place to pitch a tent.

Plump in the middle of the United Nations-patrolled buffer zone that has divided Cyprus along ethnic lines since 1974, in the heart of the island's medieval capital, two Cameroonian asylum-seekers have lived in a small blue tent for nearly five months.

The breakaway Turkish Cypriot north, through which they entered hoping to reach the European Union-member, Greek Cypriot south, will deport them if they go back. And the south seems determined not to let them in — to discourage more would-be migrants from trying the same route.

To make things worse, the two can see people freely moving between north and south all the time, as their tent is beside a main authorized crossing — one of nine linking the two communities.

Enjei Grace says that she and Daniel Ejube were wrong to try to enter the internationally recognized south that way to apply for asylum.

“We are sorry," the 24 year-old says with tear-filled eyes, adding that she hopes authorities won't leave them in limbo “forever.”

“We just pray that they sort things out, it’s not been easy on us,” she said.

Neither the Cyprus government nor authorities in the breakaway north have directly referred to the case so far. And the government has given no indication that it would let them in, for fear that could encourage other migrants from the Middle East and Africa to see the buffer zone as an easy gateway to asylum.

Cyprus says it has the highest number of first-time asylum applications among all 27 EU members, relative to its po