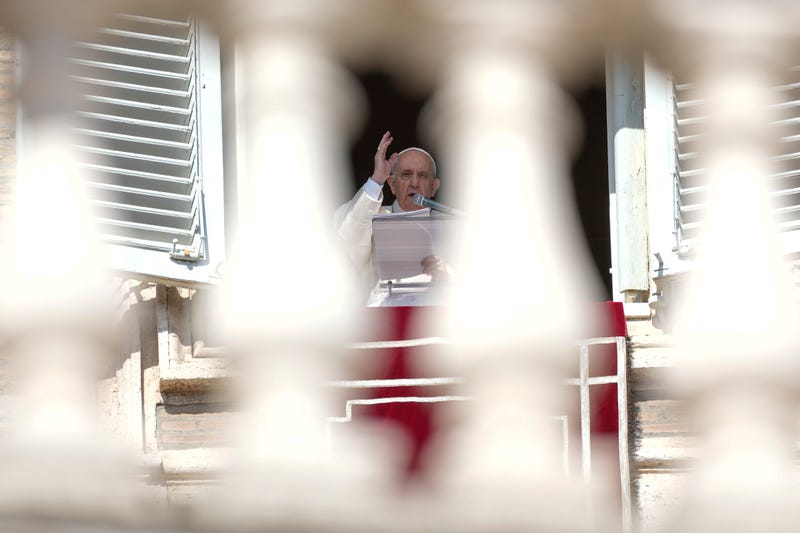 VATICAN CITY (AP) — Pope Francis on Sunday made an impassioned plea to end the practice of returning migrants rescued at sea to Libya and other unsafe countries where they suffer “inhumane violence."

Francis also waded into a highly contentious political debate in Europe, calling on the international community to find concrete ways to manage the “migratory flows” in the Mediterranean.

“I express my closeness to the thousands of migrants, refugees and others in need of protection in Libya,'' Francis said. ”I never forget you, I hear your cries and I pray for you."

Even as the pontiff appealed for changes of migrant policy and of heart in his remarks to the public in St. Peter's Square, hundreds of migrants were either at sea in the central Mediterranean awaiting a port after rescue or recently coming ashore in Sicily or the Italian mainland after setting sail from Libya or Turkey, according to authorities.

“So many of these men, women and children are subject to inhumane violence,'' he added. ”Yet again I ask the international community to keep the promises to search for common, concrete and lasting solutions to manage the migratory flows in Libya and in all the Mediterranean."

“How they suffer, those who are sent back” after rescue at sea, the pope said. Detention facilities in Libya, he said “are true concentration camps.”

“We need to stop sending back (migrants) to unsafe countries and to give priority to the saving of human lives at sea with protocols of rescue and predictable disembarking, to guarantee them dignified conditions of life, alternatives to detention, regular paths of migration and access to asylum procedures," Francis said.

U.N. refugee agency officials and human rights organizations have long denounced the conditions of detention centers for migrants in Libya, citing practices of beatings, rape and other forms of torture and insufficient food. Migrants endure weeks and months of those conditions, awaiting passage in unseaworthy rubber dinghies or rickety fishing boats arranged by human traffickers.

Hours after the pope's appeal, the humanitarian organization Doctors Without Borders said that its rescue ship, Geo Barents, reached a rubber boat that was taking on water, with the sea buffeted by strong winds and waves up to three meters (10 feet) high. It tweeted that “we managed to rescue all the 71 people on board.”

The group thanked the charity group Alarm Phone for signaling that the boat crowded with migrants was in distressed.

Earlier, Geo Barents, then with 296 migrants aboard its rescue ship, was awaiting permission in waters off Malta to disembark. Six migrants tested positive for COVID-19, but because of the crowded conditions aboard, it was difficult to keep them sufficiently distant from the others, Doctors Without Borders said.