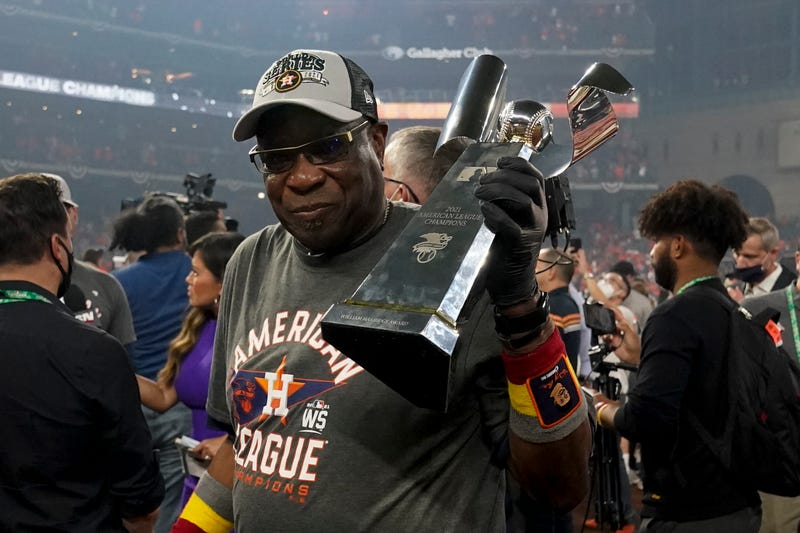 And the endless quest for Mr. Dusty Baker.

Braves-Astros, a lot to savor in this World Series — even a family faceoff. Atlanta manager Brian Snitker's son, Troy, is a Houston hitting coach.

“It's like the Snitkers are going to have a World Series trophy in their house here," dad said Saturday night. "I don’t know who is going to own it, but we’re going to have one. So that’s a pretty cool thing, too.”

A matchup six decades in the making, pairing former National League rivals who’ve played more than 700 times, including five postseason series. Think of The Hammer and The Toy Cannon teeing up home run derby at the Astrodome, or Greg Maddux, Tom Glavine and John Smoltz vs. Jeff Bagwell and Craig Biggio on a June evening on TBS.

Because of scheduling and COVID-19, the Astros and Braves haven’t seen each other since 2017. They’ll now meet for Game 1 on Tuesday night at Minute Maid Park, with Valdez starting against Charlie Morton, a former Houston ace.

The Astros opened as a 3-2 favorite, according to FanDuel Sportsbook.

But before we begin, let’s just say it: There are many baseball fans who might not be thrilled to see either team here in late October.

Altuve and Astros teammates Carlos Correa, Alex Bregman and Yuli Gurriel will forever wear the label of cheaters after being part of a team that devised an illegal, sign-stealing scheme on its way to the 2017 championship.