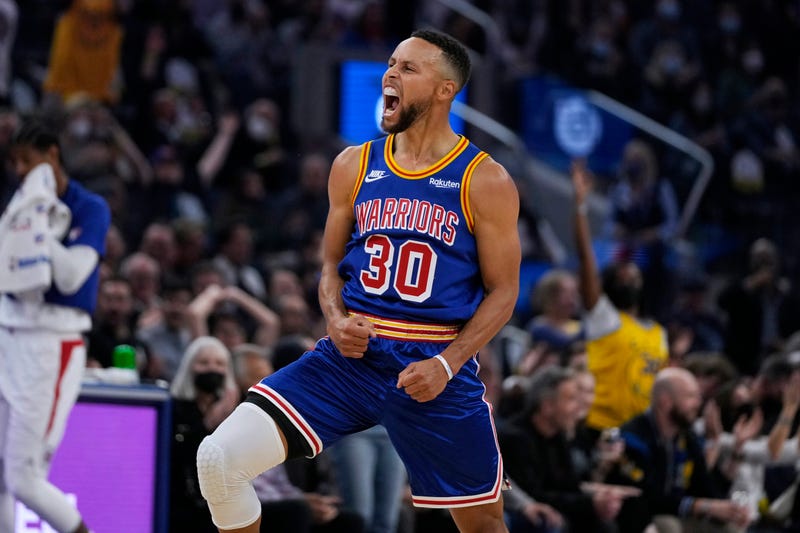 SAN FRANCISCO (AP) — Stephen Curry raised his arms, waved to acknowledge the adoring fans as shot after shot dropped through the net and screamed in celebration — no trash about it.

Curry hit a go-ahead 3-pointer with 56.8 seconds remaining to follow up a 30-footer less than a minute earlier, and he relished every bit of his 45-point home opener that lifted the Golden State Warriors over the Los Angeles Clippers 115-113 on Thursday night.

Curry bounced back from a sub-par outing in the season opener by his high standards.

“I never worry about my shot. Ever,” he said.

The reigning NBA scoring champion even secured a key rebound with 36 seconds left before calmly converting a pair of free throws with less than 5 seconds left, scoring eight points over the final 1:54.

Fans cheered Curry well after the game ended until he finally disappeared down the tunnel.

“Steph Curry was just Steph Curry, there's never been anybody like him,” coach Steve Kerr said. “Those last two 3s were ridiculous. ... I'm still blown away.”

Chants of “MVP!” began late in the first quarter, and by the time the buzzer sounded to finish the initial period, Curry already had topped his total from two nights earlier with 25 points on 9-of-9 shooting and five 3-pointers as Golden State built a 44-27 lead.

“I don’t know if I’ve had a perfect start like that before, but it was just a good flow from the jump," Curry said.

On Tuesday, the two-time MVP shot just 5 for 21 — making 2 of 8 3s — on the way to 21 points in a road win against the Lakers on Tuesday night in a performance that he called “trash."

Curry corrected himself Thursday: “I should have just said I shot the ball like trash and still found a way to try to impact the game."

“You know Steph, when he has a poor shooting night, he’s always coming back strong,” Kerr said.