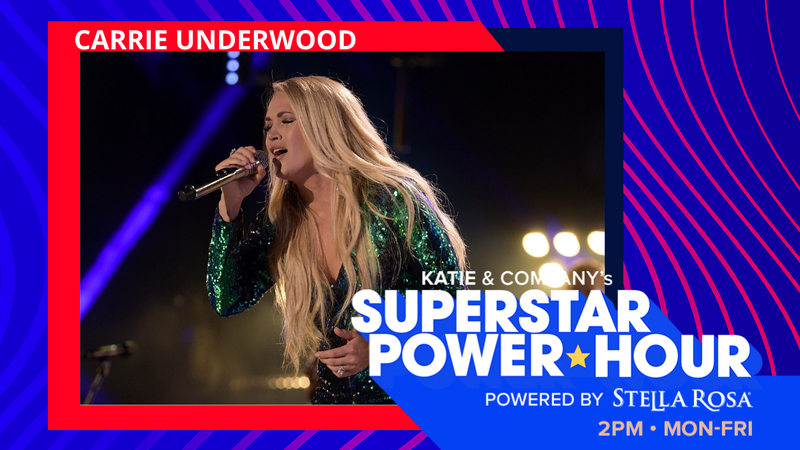 Audacy's Katie Neal welcomes Carrie Underwood to our airwaves as this week’s co-host for the Superstar Power Hour on all your favorite Audacy Country stations nationwide.

One of five nominees in the Entertainer of the Year category at this year’s CMA Awards, Carrie Underwood proves to be a strong contender as she continues to climb the charts, provide the voice for Sunday Night Football and establish a one-of-a-kind connection with fans.

In July, Underwood lent her voice for a duet with Jason Aldean titled, “If I Didn’t Love You.” Described as a “Type- A love song” by Aldean, the collab is a first for Underwood and Aldean and continues to be warmly welcomed by fans.

In addition to a new duet on the charts, Underwood has kicked off her 9th season as  the opening voice for Sunday Night Football. Her opening number for the 2021 season was revealed on September 12 and features Carrie singing "Waiting All Day for Sunday Night” accompanied by a fanfare of footage including players, reporters and some of SNF’s finest moments.