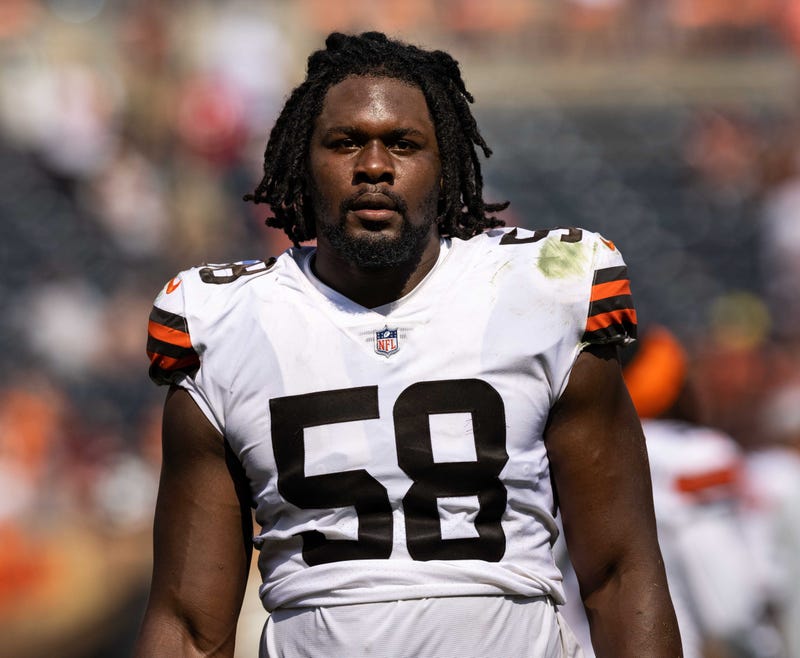 Sheriff’s deputies responded to a call of a “naked male walking near a school” according to the incident report. The deputy said he was unable to avoid the confrontation or use “de-escalation tactics” during the attack in which McDowell is alleged to have “charged” at the officer “at full speed with closed fist.”

McDowell, who is accused of punching the officer in the right eye and on top of the head, fled and was arrested after officers used a stun gun to subdue and handcuff him.

McDowell is scheduled to be an exclusive rights free agent this offseason but barring developments proving his innocence following his latest run-in with law enforcement, the Browns aren’t expected to bring him back next season.

“We are aware of the very concerning incident and arrest involving Malik McDowell and are in the process of gathering more information,” a team spokesman said in a statement. “We understand the severity of this matter and our thoughts are for the well-being of all involved. We will have no further comment at this time.”

McDowell was signed by the Browns last offseason, and he appeared to resurrect his NFL career following a string of legal troubles. He started 14 of the 15 games he appeared in this past season in which he recorded three sacks, five QB hits, seven tackles for loss, a batted pass, and fumble recovery.

McDowell was originally a second-round pick by Seattle in 2017 but a head injury suffered in an ATV accident ended his rookie season before playing a game.

Then his legal problems began.

McDowell was arrested twice for driving under the influence and then disorderly conduct during his rookie year.

In 2019, McDowell was sentenced to 11 months in jail. He was charged with assault, resisting arrest, and operating a vehicle while intoxicated in Michigan. The video of the arrest, which showed McDowell fighting an officer, was published by TMZ.com. He was also arrested for receiving and concealing stolen property that same year.