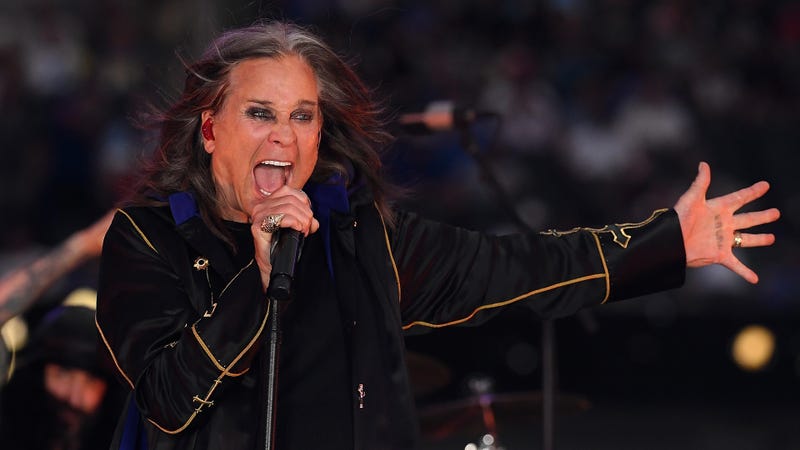 Ozzy Osbourne has been serving up shock, awe and outrage for as long as he’s been around. That said, for his latest performance he wasn’t the one folks were up in arms about.

During his two-song Thursday night set at SoFi Stadium during halftime of the NFL’s season opening game between the Los Angeles Rams and Buffalo Bills, Ozzy’s performance was cut short for anyone at home watching on NBC, leading them to only catch a few seconds of the performance.

So here’s what happened. Not only was Ozzy introduced midway through his performance of the title track to his new album, Patient Number 9, but after about only 10 seconds or so, the cameras pointed at Osbourne cut back to NBC sportscaster Maria Taylor and the halftime crew analyzing the first half of the game.

A to be expected, angry fans flocked to Twitter with outraged comments such as  “NBC absolutely f***ing sucks for not showing Ozzy Osbourne play the halftime show” and “NBC thinking we’d rather hear a 1st half recap than Ozzy Osbourne’s performance is… puzzling.”

NBC thinking we’d rather hear a 1st half recap than Ozzy Osbourne’s performance is... puzzling.

Aside from his first ever performance of “Patient Number 9,” we also know that Ozzy performed “Crazy Train,” thanks to fan-filmed footage posted on Twitter. Check out that 20-second vid below, as well as the “puzzling” clip of NBC’s broadcast of Ozzy’s halftime performance.

Man, running Ozzy Osbourne out there at 73 being held upright by a bracket. pic.twitter.com/Rz7qCXSwzo