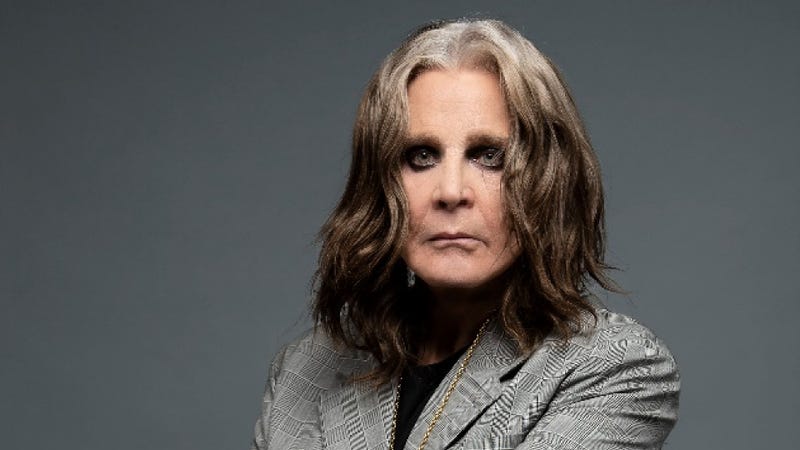 Ozzy Osbourne has enough star power that he doesn’t need to bring on a bunch of famous musicians to make a great record, but that won’t stop him should the opportunity arise.

Osbourne took part in a lengthy conversation with Audacy’s Ryan Castle as The Prince of Darkness released his thirteenth studio album Patient Number 9.

Patient Number 9 also sees Osbourne link up with his former bandmates Zakk Wylde and Tony Iommi. Working with Wylde was an especially memorable experience for Ozzy. “Zakk, he plays like a motherf*****, but he can’t be serious with his life,” Osbourne said. “I like Zakk’s sense of humor, to a point. When it’s 4 o’clock in the morning and I’m in sleeping and he gets in bed with his f****ng army boots… I love Zakk.”

While Ozzy has brought on some of his Rock cohorts for past albums, it was never to this extent. So what changed? “Usually I’m not one for these all-star records," Ozzy explains, “but I’ve never done one before.”

Osbourne also touched on the experience of working with the late Taylor Hawkins. While Ozzy explained he didn’t know him that well before they worked together, he said his producer Andrew Watt  “was devastated when he went.”

Nevertheless, Ozzy did have a noteworthy interaction with Hawkins from their time in the studio that he was more than happy to share. “Taylor goes, ‘you know Dave Grohl?’ I go, ‘yeah I love Dave!’” Ozzy recalled. “[Taylor goes] ‘He’s my boss!’ and I go, ‘yeah, great,’ and he goes, ‘but he’s my f****ng boss!’”

Ozzy Osbourne’s latest studio album Patient Number 9 is out now and The Prince of Darkness is taking over Audacy’s airwaves. Listen to your favorite Audacy Rock Station for the Ozzy Osbourne takeover special to hear songs from the album and further insights from Ozzy himself!

Check out more from our talk with Ozzy above.