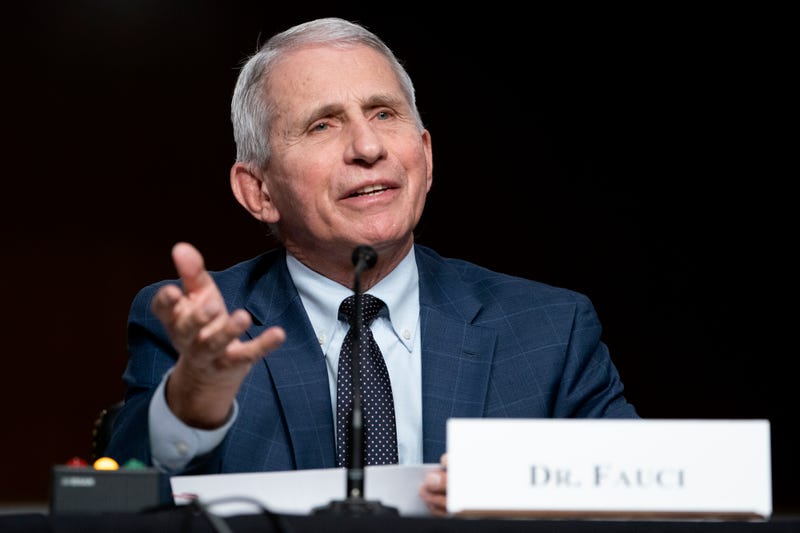 NEW YORK (1010 WINS) -- Did Dr. Anthony Fauci really have a resignation pact with other doctors in Donald Trump’s White House? After all, that's what his colleague Dr. Deborah Birx claimed. 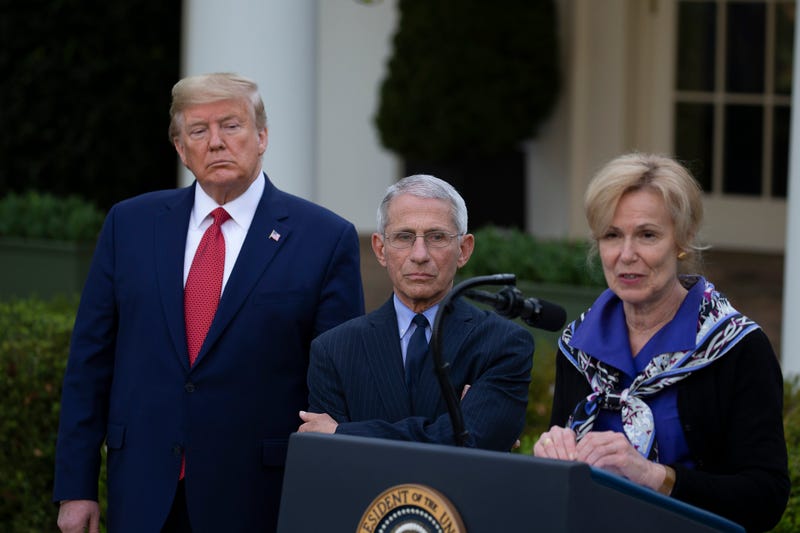 U.S. President Donald Trump and Anthony Fauci, Director of the National Institute of Allergy and Infectious Diseases, listen to White House coronavirus response coordinator Deborah Birx speak in the Rose Garden for the daily coronavirus briefing at the White House on March 29, 2020 in Washington, DC. The United States is advising residents of New York, New Jersey and Connecticut not to travel domestically after the number of reported coronavirus deaths doubled to over 2,000 nationwide within two days.

Fauci, now the chief medical advisor to President Joe Biden, joined 1010 WINS’ Newsline with Brigitte Quinn, a day after Birx, Trump’s one-time coronavirus response coordinator, told ABC News that she, Fauci and other doctors in the Trump administration made a pact that they’d all resign if one was removed from the COVID-19 task force.

“Were you in on that pact and would you have resigned?” Quinn asked Fauci.

Birx, who has a new book coming out, told ABC News she was “paralyzed” when the former president publicly floated the idea of injecting patients with disinfectant to treat COVID-19. She said she “wanted it to be ‘The Twilight Zone’ and all go away.” 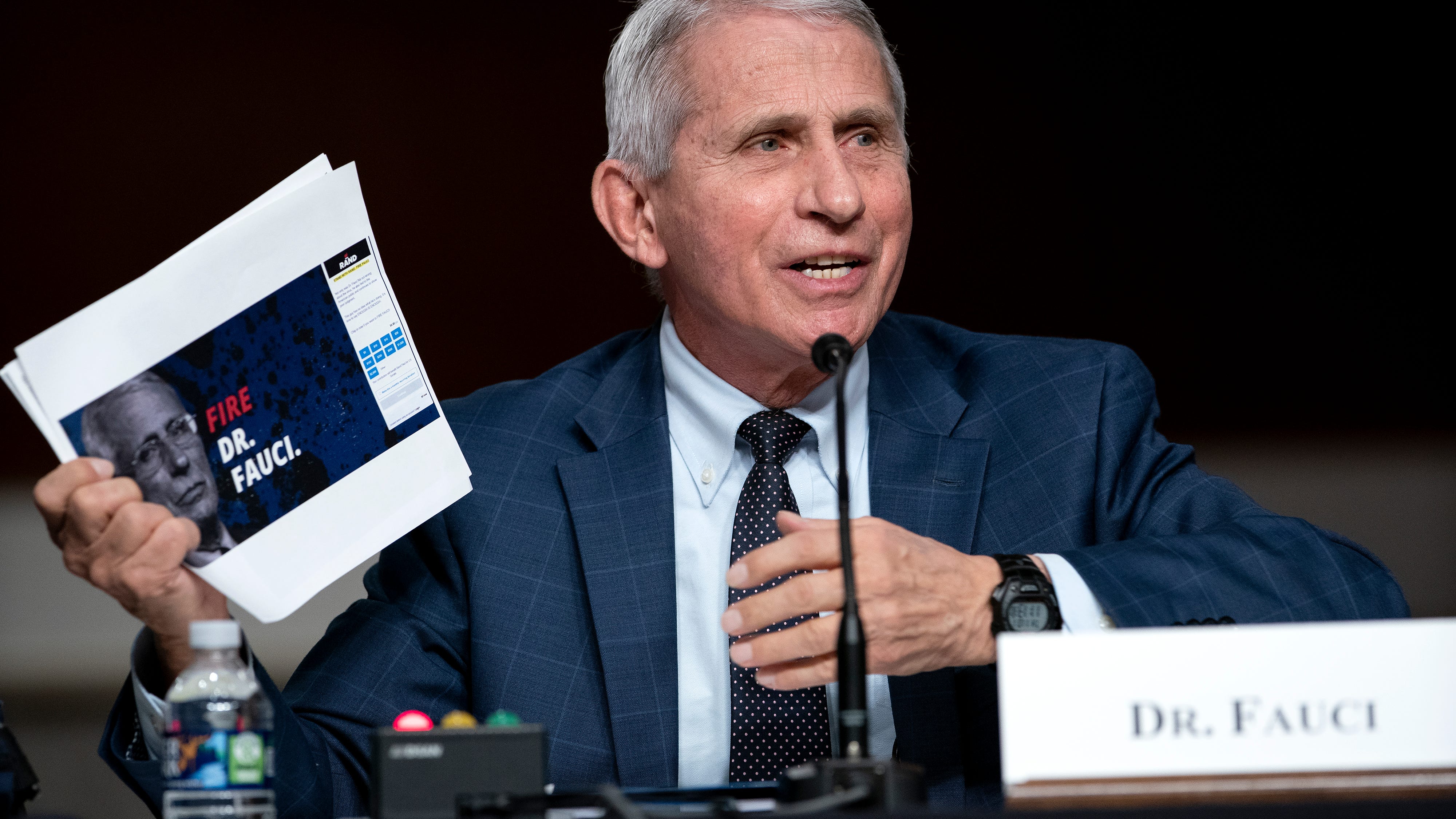 Fauci: 'Pandemic phase' over for US, but COVID-19 still here

Asked how long he sees himself staying in his current role, 81-year-old Fauci said he’s “always made it clear that I want to make sure we’re in a place where the pandemic is no longer in the pandemic phase.”

“And I believe we probably are there right now, as the level of cases are very low. I believe we’re going to see some surging. We’re seeing it throughout the country, including in New York.”

Fauci said that although cases are going up, there’s not a common increase in hospitalizations or in ICU bed usage -- another sign he may be contemplating ending his tenure.

“We may be getting to the point where the level of infection would be low enough that it doesn’t disrupt society the way it has over the past couple of years and more. When we get to that point, where there is some stability in it, then I’ll think about moving on. But right now, I’m focusing on the job that I have, which is to do what we need to do to keep the country safe.”

“Is our headline then that you’re close to saying your work is done here?” Quinn asked.

New York City recently cracked 3,000 daily COVID-19 cases and the seven-day positivity rate crept up to 5.79%. Asked if the five boroughs may face new restrictions in the future, Fauci said it’s hard to say for sure, but he doubts there will be any major restrictions forthcoming.

“The answer is we don’t know for sure. I mean we’ve been through this now multiple times, with delta surge, with omicron surge. It is unclear. I doubt that there are going to be serious restrictions, based on the patterns we have seen in other countries,” Fauci said.

“For example, the U.K. tends to be about four weeks ahead of the U.S. What happens there tends to be reflected here a month later,” he continued. “They’ve gotten a new surge with the new variant—the BA.2 variant—which is the predominant variant here, but it looks like they’ve peaked and they’ve come down. They didn’t have to impose any greater degrees of restriction. So that’s likely the case here. And I have to underscore ‘likely,’ because we’ve got to keep an open mind and respond according to what the dynamics of the outbreak is.”

He said we’ll have to follow the numbers “very carefully” in the next few weeks to see if there’s a turnaround and if cases are coming down again.

“It looks like we’re going to be in a situation where we won’t see a major increase in hospitalizations, but we don’t know that right now,” he said.

Asked if we should fear another variant coming along, Fauci said a new variant is a possibility—but we’re much better prepared now.

“We don’t want us to be always frightened, but on the other hand, we have to be realistic,” Fauci said.

“It’s conceivable that we will have another variant that would elude the protection,” he said, noting that “we have so many things that we didn’t have a year ago,” including vaccines, antivirals and testing. 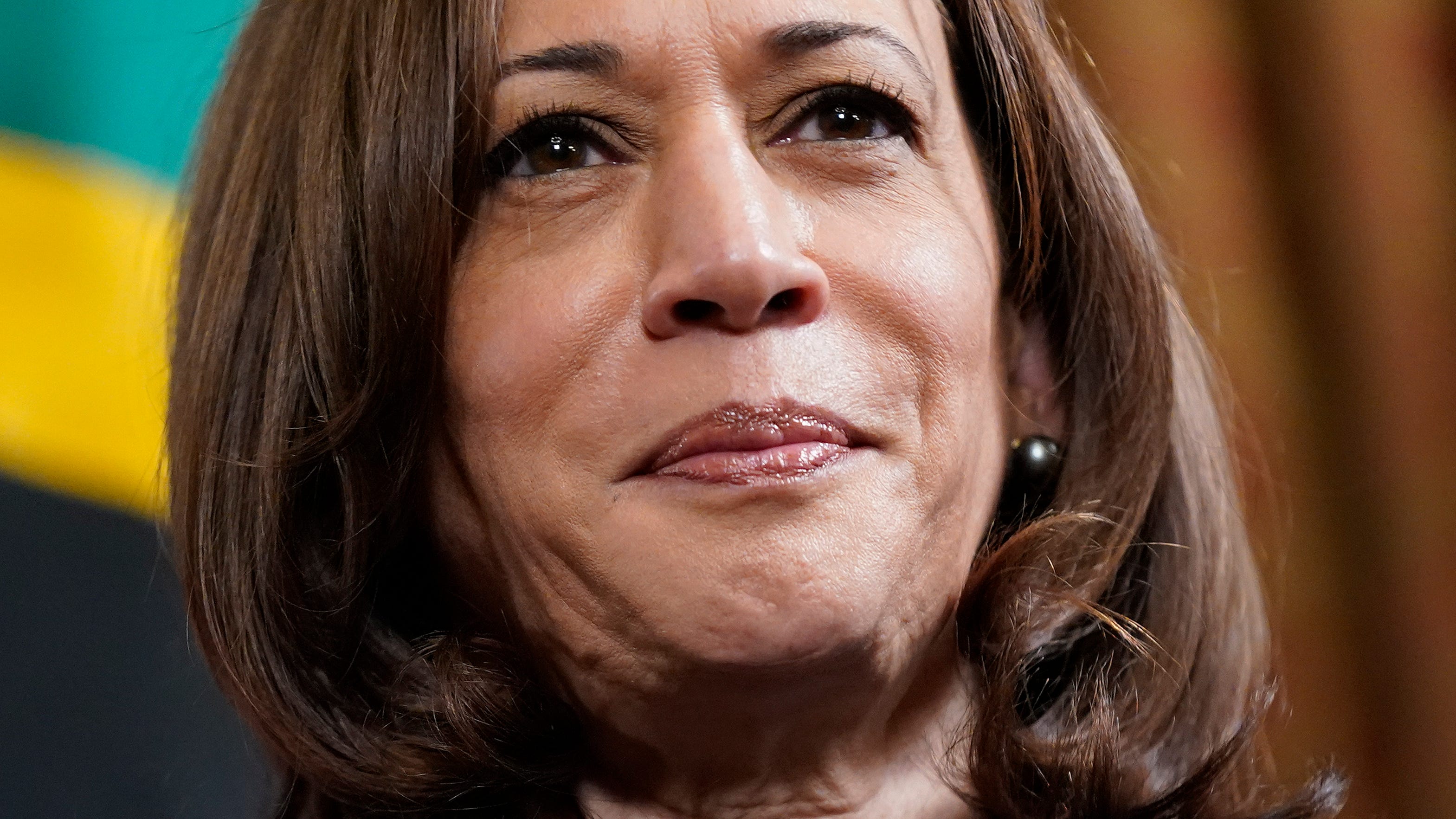 Harris positive for COVID-19, Biden not a 'close contact' 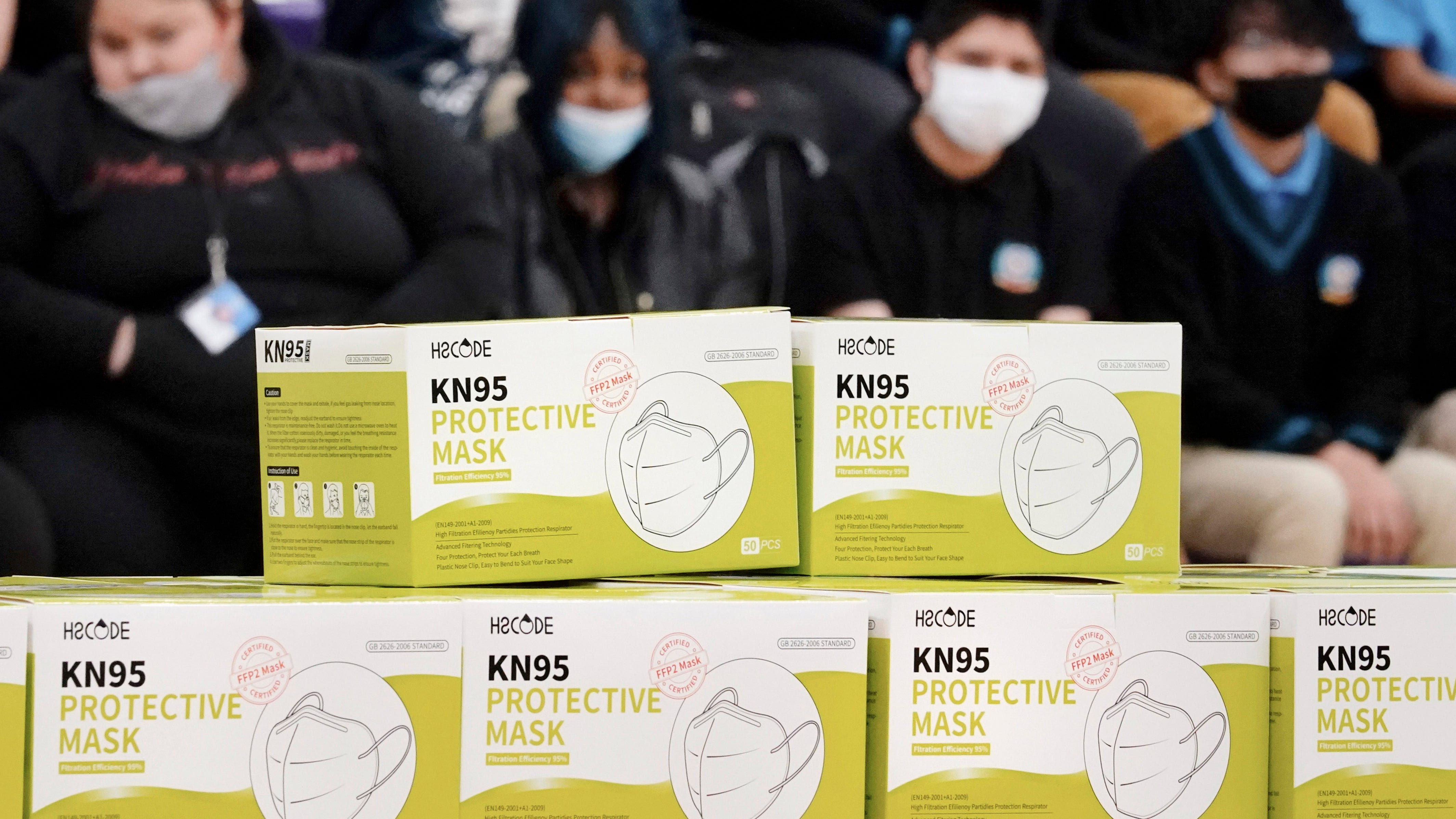 CDC estimates 3 in 4 kids have had coronavirus infections