Jalen Hurts' dazzling Week 1 performance has created a buzz, so much so that his jersey spiked over 500-percent in one-day, the largest spike of any NFL jersey, according to Fanatics via ESPN's Tim McManus.

Hurts' green Eagles jersey is currently the second best seller in the NFL behind Mac Jones of the New England Patriots.

Hurts completed 27 of 35 passes for 264 yards, three touchdowns, and no turnovers, adding 62 yards on the ground in a lopsided 32-6 Eagles road win over the Falcons.

DeVonta Smith, in his NFL debut, caught six of eight targets for 71 yards and a touchdown and his jersey saw a 166-percent jump from Saturday to Sunday.

The young Eagles QB-WR duo now has the league on notice. They'll make their home debut as NFL teammates on Sunday at the Linc against the 1-0 San Francisco 49ers. 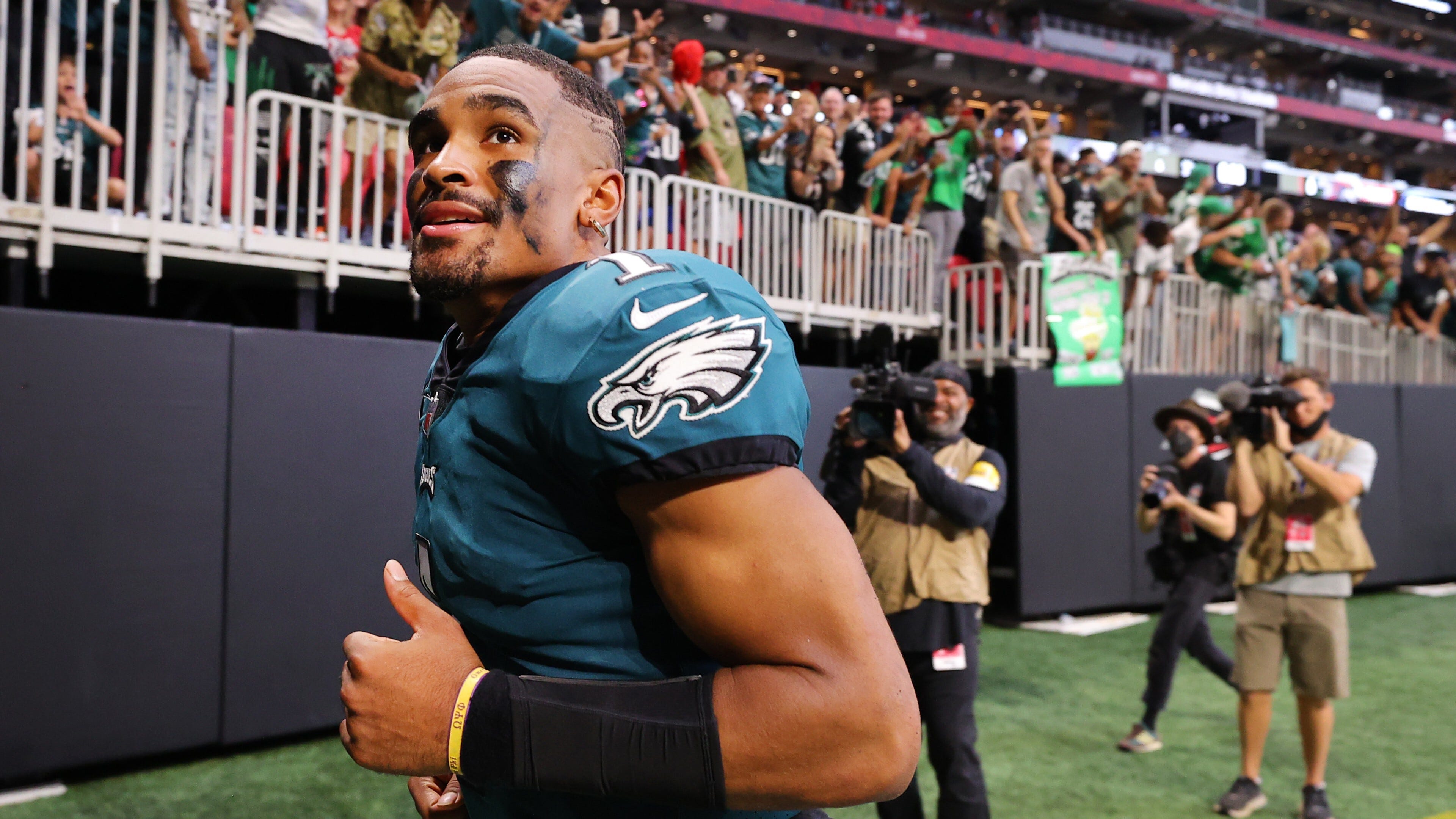 Donovan McNabb on Jalen Hurts: 'I was very impressed'