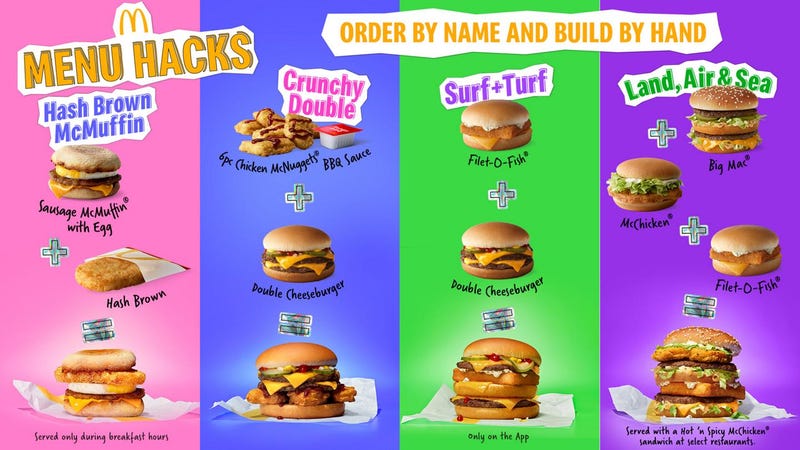 McDonald's really does want you to have it your way.

The burger chain will be offering 4 new "hacked" menu items based on the inventions of its customers. While McDonald’s had many variations to choose from on social media, the company settled on 4 of the most popular fan-inspired treats.

"From putting a crispy Hash Brown in between their Sausage McMuffin® with Egg, to adding Chicken McNuggets® to their favorite sandwich, our fans are always coming up with different ways to make a McDonald’s meal uniquely their own," the company said in a press release. "That’s why, for the first time ever, we’re spotlighting their creativity by officially debuting four fan-favorite creations on menus across the country for a limited time."

• Hash Brown McMuffin: A McMuffin with a sausage patty, egg, and a hash brown (available during breakfast hours only)
• The Crunchy Double: A McDonald’s Double Cheeseburger augmented with Chicken McNuggets and barbecue sauce
• Land, Air & Sea: A Big Mac put together with a McChicken and a Filet-o-Fish
• Surf + Turf: A Double Cheeseburger with components from the Filet-o-Fish (only available via the McDonald’s app or McDelivery)

which menu hack will you build yourself first? see u 1.31

Fans can gobble up the four new delicacies starting on January 31st. However, better act fast as the tasty inventions will only be available for a limited time.

McDonald’s is known for bringing back popular items to its menu for a limited time. 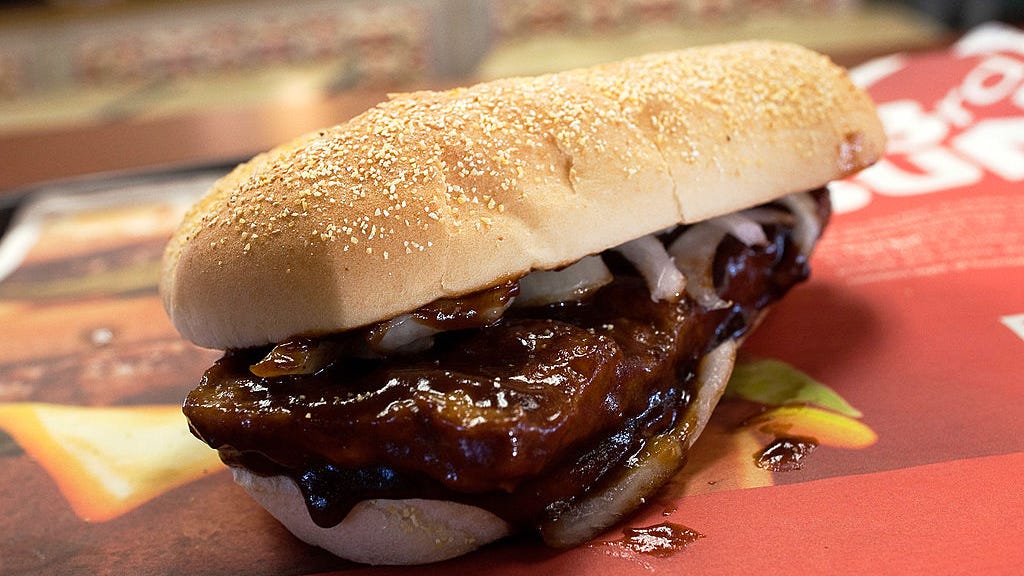 When is McDonald’s bringing back the McRib?

In September, the chain announced that the McRib would be available on menus nationwide for a limited time starting on November 1.

This isn’t the first time the McRib was brought to restaurants nationwide. 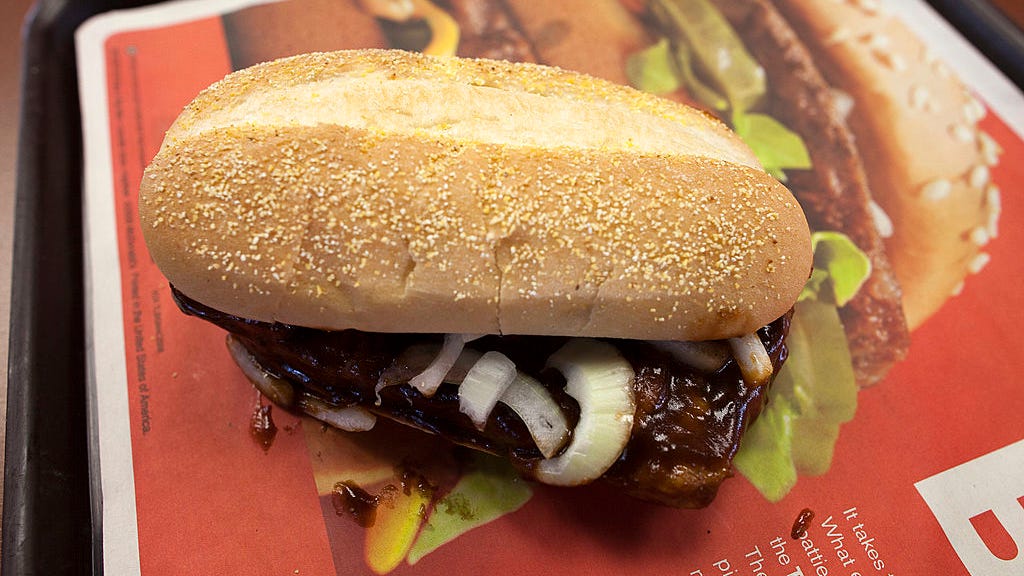 In 2020, the iconic pork sandwich was available at more than 14,400 of the chain’s U.S. restaurants for the first time in nearly a decade.