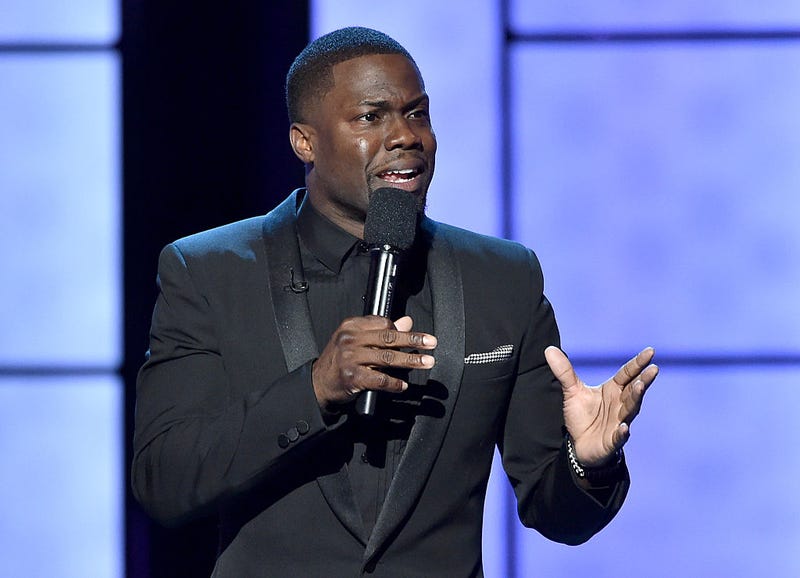 Kevin Hart just shared intimate details about his journey as a father and the family dynamics after he made a painful confession to his daughter.

In an interview with the “Red Table Talk” for Father’s Day, Will Smith and Hart sat at the table where they talked about the stereotypes of being a Black father and shared personal details about raising kids.

Will Smith and Kevin Hart come to the Table for an intimate, in-depth, one-on-one special event. Funny, revealing and...

Hart currently has four children, Heaven, 16, Hendrix, 13, Kenzo, 3, and Kaori, eight months. During the conversation, the 41-year-old discussed the difficult moment when his family learned that in 2017 that he cheated on his wife, Eniko Parrish, who was pregnant at the time.

“You’re never prepared for that side of it,” Hart said as he explained how he told his children about what he did. “Having a little girl in my life, it’s tough. You don’t realize the impact that your mistakes can truly have. When the kids get involved, it’s a different feeling.”

Hart said that the confession he made to his 16-year-old daughter, Heaven, was the most difficult — and changed their relationship dynamic.

“My daughter was tough on me, until this day my daughter is tough on me,” he said. “Getting my daughter to understand that I was sorry, that I made a mistake — that was real. Through my public debacles, I’ve got on some armor. It’s very hard to bother me. But when your child shows disappointment, shows emotion, shows, ‘I don’t understand why,’ and you’ve got to have those conversations — (your) head drops for the first time. You realize there’s an emotional cord that nobody else has the privileges of ever touching.”

Hart also opened up about co-parenting with his ex, Torrei Hart, who is the mom of Heaven and Hendrix.

“I am very lucky to have two amazing mothers,” Hart said. “Me and my first wife, we’ve had our ups and downs. But we’re in a great space of unde