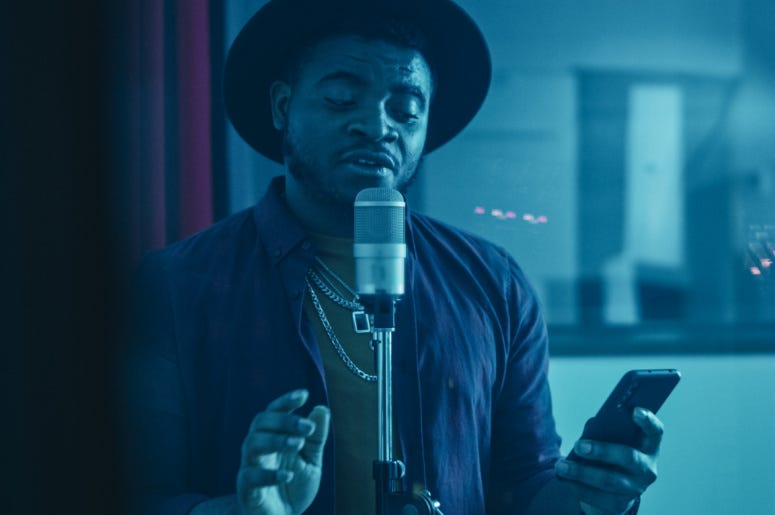 With the world still mostly locked down, those seeking to find their big break in the music industry are always aiming to unlock new ways of getting “discovered.” And it seems that Facebook is on track to be the one with the answer.

The tech conglomerate has released a new app called “Bars,” where users will be able to “rap over pre-made beats,” as a way to combat the decline of “Soundcloud Rap.” “Bars” is currently available for download and users will be prompted to join the waitlist “to try [the] closed beta test.” Essentially, the app is designed to allow artists to “focus on and experiment” during the creative process, instead of getting caught up in the technical heavy lifting that comes with production. Also, artists who may be hesitant about dishing out thousands of dollars on studio time and equipment will get studio-like quality through the app.

Facebook also noted that all beats are “professionally created.” The app will “auto suggest rhymes” to maintain flow and then, there’s the “Challenge” mode feature where artists can freestyle with suggested “word cues.” There will also be a plethora of “audio and visual filters” to elevate the art.

Rapper Joe Ayindé was one of the first to test out "Bars" and even won the “Day in the Life” challenge where artists were tasked to freestyle on what a day in their life is like. Even with his family members “arguing” in the background, his chill tone reminded us of Mos Def’s flow with Chance The Rapper-esque bars.

According to Facebook, Ayindé had this to say about the new app. “I like BARS because as a rapper, I finally have an app to use that represents the art form well and allows for me to express myself in a natural way." To explain the user experience, Ayindé added, “every feature on the app is catered to the emcee experience; from the wide selection of instrumentals, to being able to see your rhymes on screen. The BARS app is great for practicing the art, perfecting your craft and sharing with a community that values the genre of rap.”

The app even released a freestyle commercial by Songwriter and their Community Manager, D-Lucks, in honor of it hitting the App Store nationwide.

Ready to master your own freestyles? Similar to the viral invite-only app, "Clubhouse," the process is simple. Download "Bars," secure your username, select your ranking (this ranges from Beginner to Advanced) and when the “app is ready,” you’ll be notified. While in beta, invites will be accepted in batches, but you can follow their official Instagram for all updates.