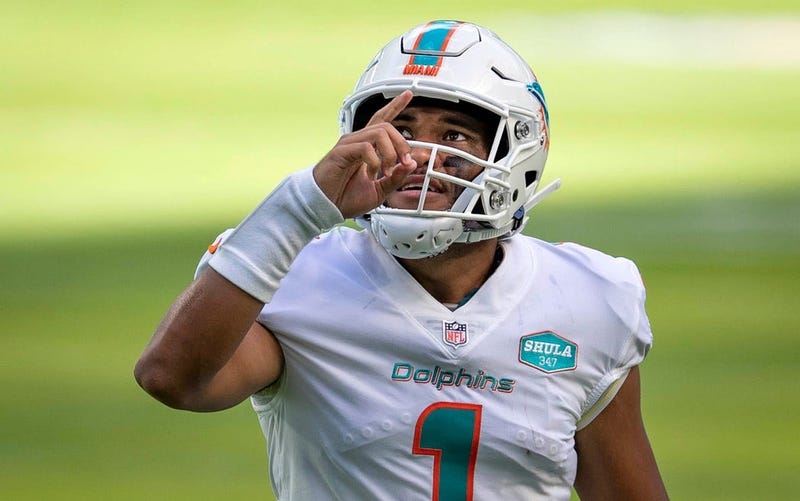 Hoch and Crowder have seen enough. Just two games as a starter is enough to prove Tua is the answer for this organization at QB.

“If you question what Tua did, me and you need to sit down and have a conversation because that was an amazing performance,” said former Dolphins LB Channing Crowder.

Tua finished with 248 yards and 2 TDs in the win over Arizona – a much better performance than his first start last week vs Los Angeles.

Locally and nationally, Brian Flores’ decision to replace Ryan Fitzpatrick with the rookie in week 8 was criticized and questioned. Hoch and Crowder believe after yesterday’s win, those concerns can be put to rest.

“You saw yesterday, especially at the end of the game, you saw they are better with Tua Tagovailoa as the quarterback,” Marc Hochman said. Crowder added, “it was a beautiful quarterbacking performance and exactly what you wanted to see.”

Listen to more from Hoch and Crowder on Tua Tagovailoa here: