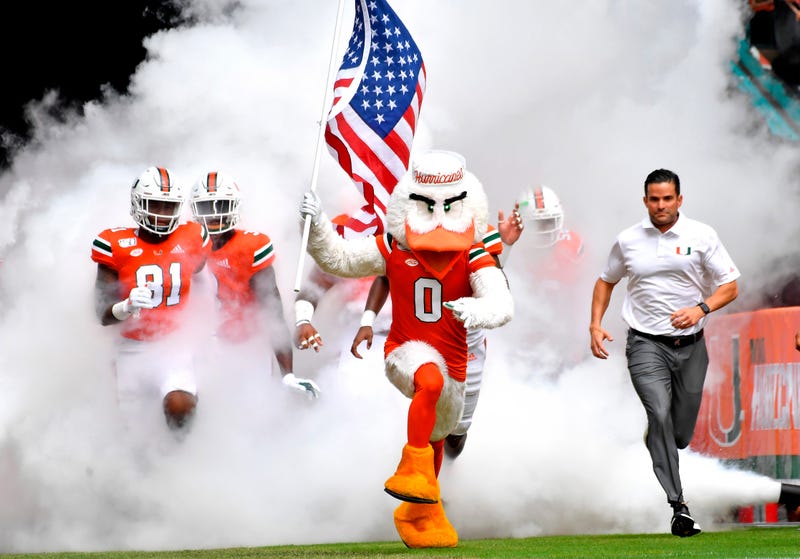 The Miami Hurricanes secured a top ten recruiting class yesterday on National Signing Day.  Miami already had a commitment from the number six overall prospect in Leonard Taylor and the class got a late boost from four-star quarterback Jake Garcia.  Garcia is the number 18 ranked prospect by ESPN and he should be the future at the position for the Canes.  Miami really succeeded in recruiting South Florida where they pulled an overwhelming majority of their players from.  Andy Vaughn, director of player personnel, joined The Joe Rose Show on Thursday morning and spoke about how important it was for Miami to win the recruiting battle in their own backyard.

Miami is still waiting for a bowl invite to see if they can finish their season strong with a ninth win.

You can listen to the full show podcast by clicking here! Today we were joined by Charles Davis, Larry Blustein, Raekwon Davis, Andy Vaughn, and Levon Kirkland.

news
PHOTO: Puppies hug each other in heartwarming moment
music
Alma Wahlberg, mother to Mark and Donnie, dies at 78
news
At least 3 dead as authorities respond to active shooter incident in northwest Austin
news
Sheriff: 3 dead, 2 wounded in shooting at Wisconsin tavern
music
Anderson Cooper is ‘actually kind of nervous’ about guest-hosting ‘Jeopardy!’
music
Brad Pitt’s ex shares details about his personality: 'He was really intense about his work'