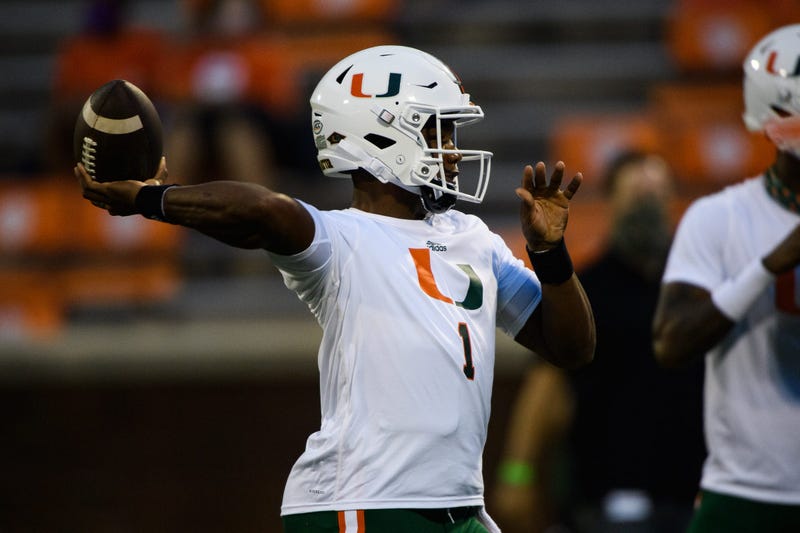 For the second straight week, the Miami Hurricanes erased a double-digit deficit to come back and win in dramatic fashion.  This week it was D’Eriq King finding Mark Pope on a 36-yard touchdown strike to rip out the hearts of the Virginia Tech Hokies.  Coach Manny Diaz joined The Joe Rose Show on Monday morning and spoke about how his team is coming up with these magical finishes.

Diaz said, “We were having a difficult time on offense through a large part of the game and the defense really started to come up with some stops and it was just one of those ones offensively you just had kind of stay in it and find a way to grind it out when you got a guy like D’Eriq King you know you are never out of a game but out guys have an understanding that we really feel like we can dominate the fourth quarter and that if we can get into a close game that we can beat anybody in the last 15 minutes just because of our tempo and our ability to wear people down and our conditioning level and it happened again.”

The schedule for Miami certainly lines up favorably for them with just three games left to play.  Miami will have home games against Georgia Tech and North Carolina with just one road game left at Wake Forrest.  The turnaround the Canes have made under Coach Diaz and led by D’Eriq King has been one of the best stories in all of College Football.

You can listen to the full show podcast by clicking here! Today we were joined by Manny Diaz and Armando Salguero.