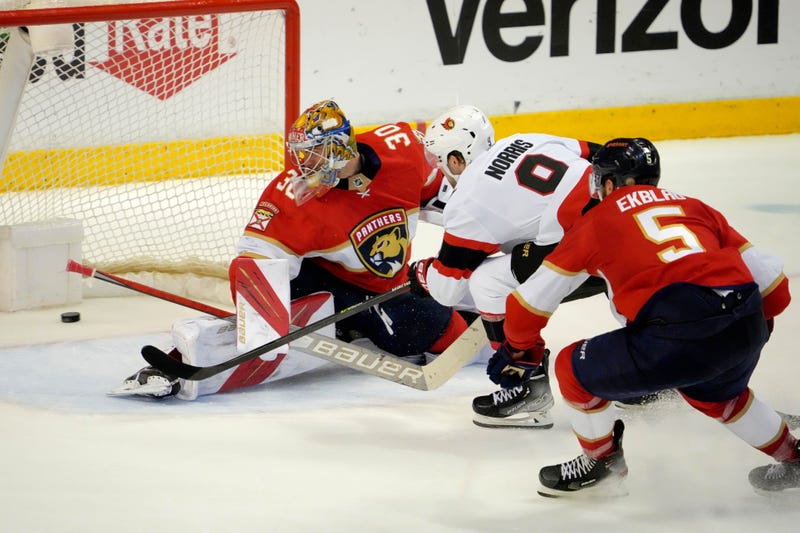 Panthers Insider George Richards knows The Panthers have been successful but that they still need to remain cautious saying, “The power play is now officially a concern.”
What seems to be the problem? Richards says, “I do not know if it personnel or the X’s and O’s.”

Aleksander Barkov is out again tonight but it may not be from a knee injury that he previously had, Richards says, “Looks like it has something to do with his shoulder.”

Spencer Knight gave up eight goals against Ottawa, Richards thought he was mismanaged, “You should have pulled him just for the psyche.”

So what will go down with Knight?  Richards states, “Should be interesting to see if Spencer Knight reports to Charlotte.”

Someone is on the move because Richards mentions, “You cannot keep three goalies so either Bobrovsky heads to the injured reserve or Spencer Knight goes down.”

Interim Coach Andrew Brunette seems to have the job for now despite the blowout loss to The Senators but Richards says, “That loss will get you the side eye a little bit.”

Richards says of Bill Zito possibly looking for a new coach for The Panthers, “If he is looking, he is doing it quietly.”

The Panthers are back on home ice tomorrow at 7 p.m. against The L.A. Kings.​