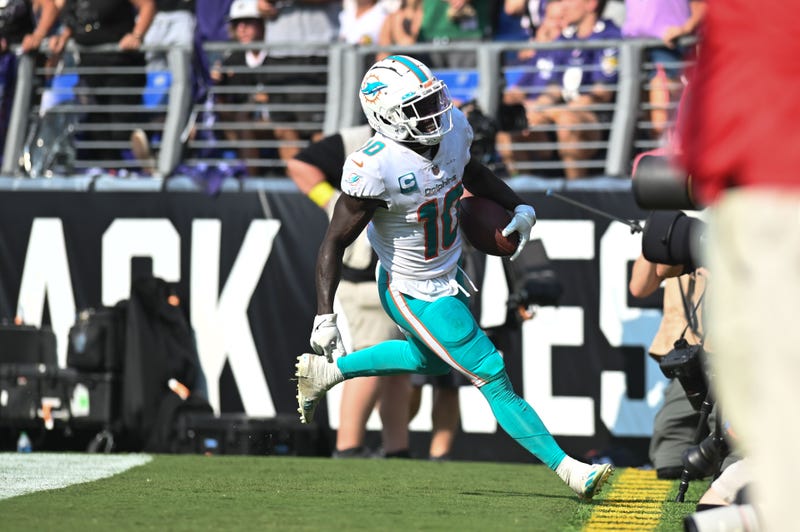 CBS’ Kevin Harlan does not take much time to realize he called a classic like Miami vs. Baltimore last week, it is ever forward, he says, “All right, what do I have to do for the next game.”

He does make mention, “That game was so unique.”

Harlan does not cheer for teams, he cheers for football and keeps it even keel saying, “I got just excited for Lamar Jackson’s touchdown run as I did for Waddle’s winning touchdown.”

On Miami’s comeback against Baltimore, Harlan gives credit where credit is due saying, “It was more Dolphins than Baltimore mistakes.”

When it comes to this Sunday’s Dolphins vs. Bills, Harlan is excited to call it saying, “You cannot go wrong with any storyline for the game.”

Finally, Harlan just got off the phone with Dolphins head coach Mike McDaniel and says, “He is refreshing, I do not think he takes himself too seriously.

Harlan will do play-by-play on CBS for Dolphins vs. Bills Sunday at 1 p.m.