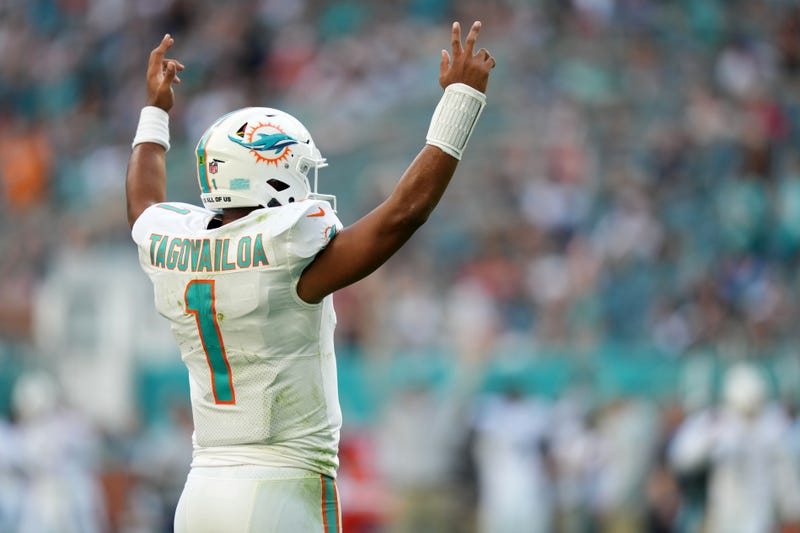 The Dolphins have a 4-game win streak going on and the team’s podcaster Travis Wingfield is excited but pessimistic saying, “I think what they need to do to get where they want to go is win out.”

He stays positive thought claiming, “Right now, they need to just focus on the Giants Sunday.”

When it comes to the win streak one thing that stands out to Wingfield is, “Good part is a lot of the young players from the last two draft classes are contributing.”

He really likes the improvement of rookie Jaelen Phillips saying, “Those are pass rush moves that are special.”

On Tua, Wingfield says, “What he does to elevate the play of guys around him is great.”

Wingfield feels Tua is locked in saying, “It is all clicking for him right now.”

Miami is back in action at home against  The Giants Sunday at 1 p.m. tailgaiting begins around 9 a.m.