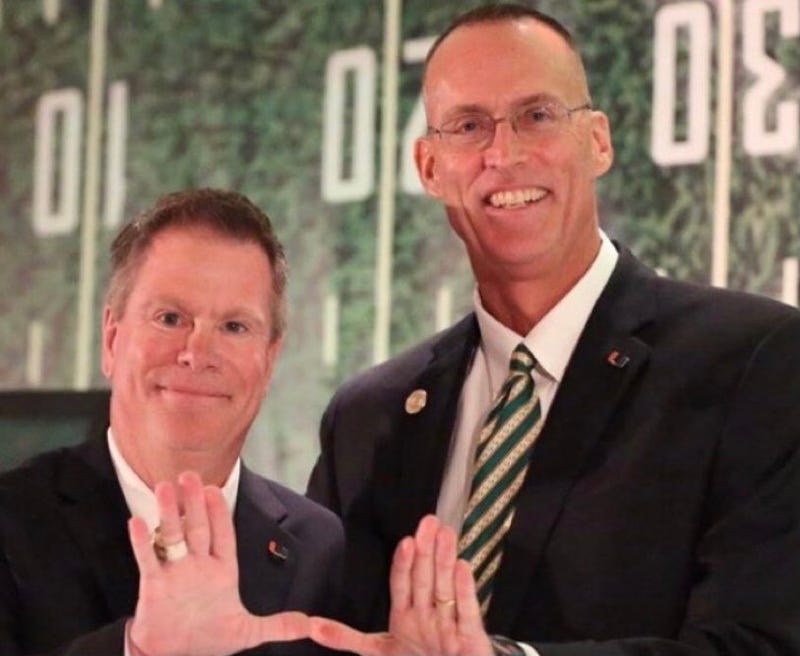 Miami Hurricanes radio analyst Don Bailey Jr is already a fan favorite on the Hochman and Crowder show but after his performance this season, he has certainly elevated his status.

For years, DBJ has joined the show weekly before Hurricanes football games and is fed lines to work into the official radio broadcast on 560 the Joe WQAM. Bailey Jr, alongside the voice of The U - Joe Zagacki - have consistently brought it strong for Hoch and Crowder but they have never been better than they were in 2020.

“They were phenomenal all season,” said Hoch. “They were as good as any season that they’ve ever done this for us.”

Hochman and Crowder producer, Alejandro Solana, went into the lab and created a montage of the entire season of calls that DBJ and Joe Z worked into the broadcasts on the shows behalf:

news
PHOTO: Puppies hug each other in heartwarming moment
music
Alma Wahlberg, mother to Mark and Donnie, dies at 78
news
At least 3 dead as authorities respond to active shooter incident in northwest Austin
news
Sheriff: 3 dead, 2 wounded in shooting at Wisconsin tavern
music
Anderson Cooper is ‘actually kind of nervous’ about guest-hosting ‘Jeopardy!’
music
Brad Pitt’s ex shares details about his personality: 'He was really intense about his work'