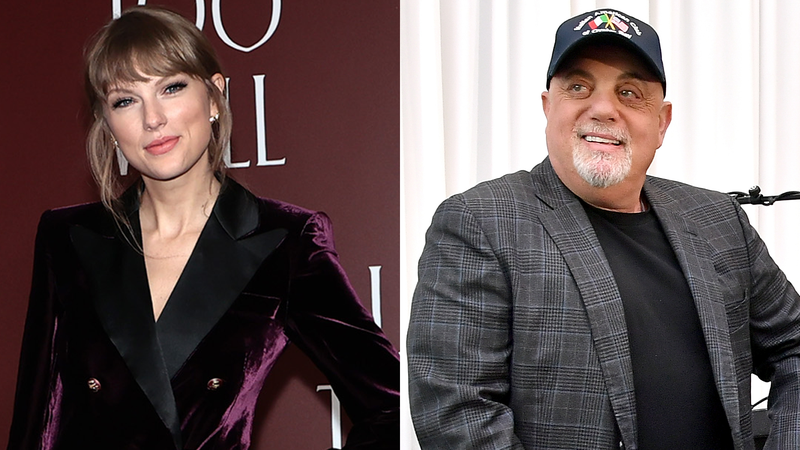 If you’re a Swiftie then you probably already know this, but during a recent interview with USA Today, Billy Joel said Taylor Swift is “like that generation’s Beatles.” And to clarify, by “that generation’s” he means hers/ours.

That’s right — after being asked about who his favorite “current singers” are, Joel started off his answer by praising Adele. He then moved on to Swift, who he (no biggie or anything) referred to as the Fab Four of her generation.

“She’s productive and keeps coming up with great concepts and songs and she’s huge,” Joel noted. “You have to give her high marks. She knows music and she knows how to write. She’s like that generation’s Beatles.”

As for Taylor’s thoughts on the matter, comparable to her quintessential surprised face after winning every single one of her many many many awards. T-Swizzle is finding it a bit of a struggle to wrap her mind around the comparison.

During a red carpet interview with Extra at the premiere of her “All Too Well” short film, Swift reacted to the comment (around the 2:50 mark).

“That honestly like broke my brain because that doesn’t seem like a real thing that would happen in life.”

She went on, “I might have hallucinated it, maybe we had the same hallucination, because I don’t really know how to process words like that from someone like him, I’m a huge fan of his.”

“That’s an icon saying that. I don’t know if that really happened.” Adding, “I need to see a video or something to prove it, 'cause woah.”

Okay yes, while the claim is a biggie, Taylor is out here breaking records and just generally slaying at life. For one, since its release, Swift’s 10-minute version of “All Too Well” has earned the title for the longest number one entry on the Billboard Hot 100 to date, breaking a 50 year-old record set by Don McLean for “American Pie”. Yeah… the Folk-Rock Americana classic… that one. Not to mention, her 2020 album Evermore just received a GRAMMY nomination for Album Of The Year.

So ummm, if we were Tay Tay we’d humble brag (minus the humble) about being like The Beatles (well according to Billy Joel) all day. No but like — ALL DAY.