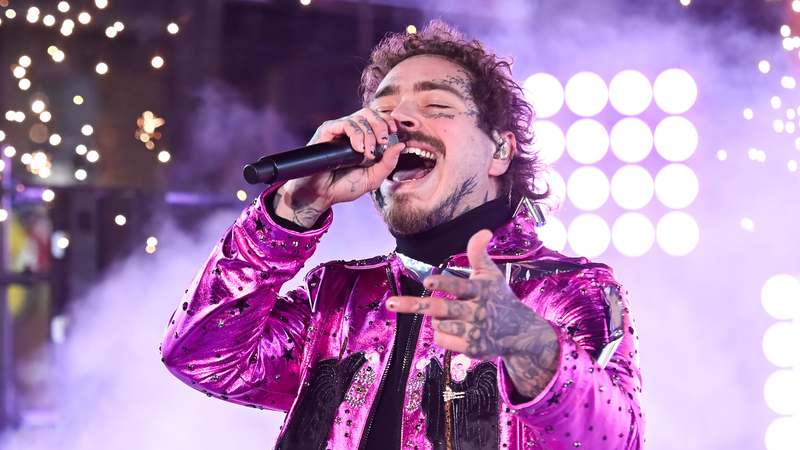 It's nearly been two years since Post Malone released Hollywood’s Bleeding, so mathematically it only makes sense that this year we get 2 projects. Don’t ask us to explain, just trust us, it adds up.

We already knew that Posty was hard at work on a new album, as he divulged to the Wall Street Journal in December, saying, “I’m working on an album now. There’s so much to say in these times that will give people hope and hopefully uplift people’s spirits. Because it’s a dark time in America. It’s a dark time in the world. Honestly, for a songwriter to be in the house all day is a blessing and a curse. In the darkest of times, I’m just trying to make something beautiful out of it.”

And now thanks to his manager Dre London offering up some intel, we are not only expecting 2 projects from Post, but Dre even hinted that the title of one of them could arrive as soon as next week.

On Instagram, alongside to pics of London joyfully looking at his phone, he wrote, “This that smile while on FaceTime with @postmalone agreeing that the world deserves 2 Posty projects out this year,” London continued the caption. “Discussing dates to drop the 1st one sooner than u think! I won’t tell u the title name just yet maybe next week.”