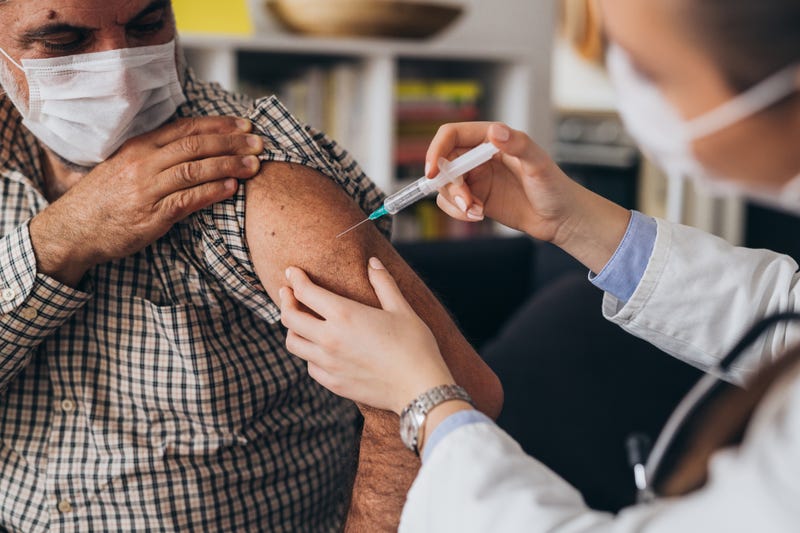 HARTFORD, Conn. (WTIC and AP) — Connecticut is ramping up efforts to get older residents vaccinated with a COVID-19 booster shot by bringing special clinics to nursing homes, Gov. Ned Lamont announced Monday. The move comes as the state has seen its highest infection rates since early September.

While many homes had boosters administered shortly after extra doses received the federal go-ahead, these latest clinics will help those facilities that haven't finished getting residents and eligible staff another dose.

“What we're talking about now is some of the stragglers. As we’ve seen in the past, unfortunately some homes take a little longer to get organized. And so Dr. Juthani and her team are pushing those homes hard to get those clinics done and making sure that everyone in those homes who is eligible (gets a booster shot),” said Josh Geballe, Lamont's chief operating officer, referring to Department of Public Health Commissioner Manisha Juthani.

Over the past two weeks, the rolling average number of daily new cases in Connecticut has increased by 397, an increase of about 117%, according to researchers at Johns Hopkins.

Juthani said the state is on target to have had a booster clinic for residents and staff at 70% of long-term care facilities, including assisted living locations, by Thanksgiving. She said the remaining facilities will be finished by Dec. 15.

“We are well on track to make sure that this population is protected," she said.

Lamont on Monday encouraged everyone who is eligible to get a booster shot. While 84% residents 18 years and older have been fully vaccinated with two doses of the Pfizer or Moderna vaccines or one dose of Johnson & Johnson, only 18% have received a booster shot.