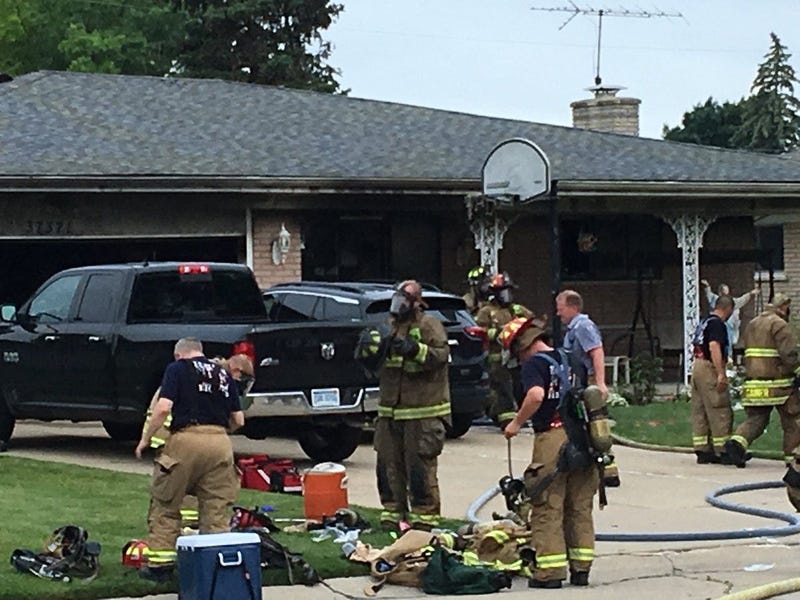 STERLING HEIGHTS (WWJ) - A teenager who was rescued from a Sterling Heights house fire Wednesday morning has died.

Authorities say an 18-year-old female died at a hospital Wednesday afternoon after she and two others had been rescued from the burning house on Mariano Drive near 16 Mile Road and Van Duke Avenue.

The fire broke out around 8:15 a.m. and when firefighters and police arrived, the house was fully involved. Firefighters rescued two others from the basement of the home -- a 24-year-old man and a woman in her 20s -- who both remain at Detroit Receiving Hospital. Authorities say both victims had burns over 30-40 percent of their body, but are expected to make a full recovery.

Two firefighters were burned while rescuing those two victims, but authorities said they were treated at Beaumont Hospital in Troy and have been released. An adult male was able to escape the home and was treated for smoke inhilation.

Sterling Heights Fire Department officials said all available firefighters from all five of their stations were called to the scene, while crews from Clinton Township, Shelby Township and Warren were all called to assist at the scene. First responders from Macomb Township, Utica, Fraser and Roseville filled stations in Sterling Heights.

When firefighters and police arrived, the house was fully engulfed in flames.

"(There were) still people trapped in the building," said Sterling Heights Fire Department Battalion Chief Tim Bade. "One of the neighbors was attempting to assist at that point. Our crews immediately made entry into the building. They were able to find three victims. One victim was able to self rescue."

Some trees in the area are damaged and DTE Energy crews are in the neighborhood, but it's unknown if last night's storms played a part in the cause.

A cause of the fire remains under investigation.

Stay with WWJ Newsradio 950 and WWJNewsradio.com for the latest.>>LISTEN LIVE!