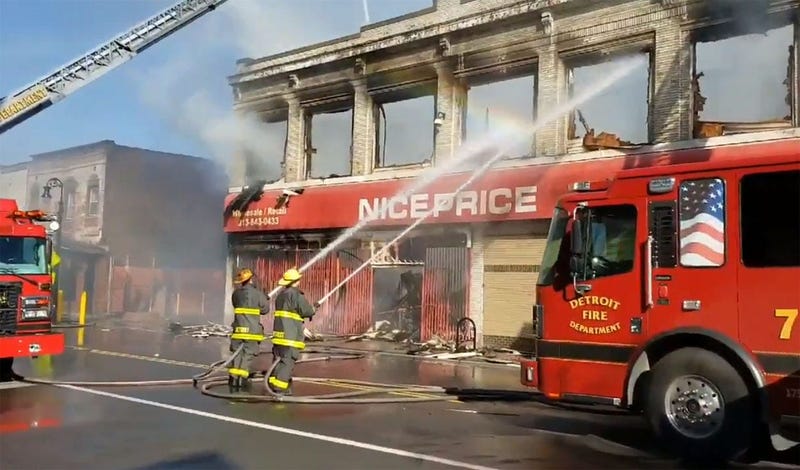 DETROIT (WWJ) -- An investigation is underway after a fire destroyed a discount store in Southwest Detroit Sunday morning.

The owner of Nice Price, located on West Vernor Highway near Livernois Street, says they received an alert that a motion sensor alarm inside the store was going off around 2:30 a.m. Sunday. By the time crews arrived, the building was completely engulfed in flames.

HAPPENING NOW... Detroit Firefighters continue to work a two alarm fire at the Nice Price Retail Furniture store on W. Vernor, near Livernois, on the SW side.  Owner reported motion detector alarm at 2:30am.  When police arrived building on fire.  Cause TBD.  Updates @WWJ950 pic.twitter.com/8S2SUfowAG

Detroit Fire Chief Sidney Davis says the building appears to be a complete loss, but those around it sustained minimal damage.

"(Firefighters) went in, but the fire sort of backed them out. The fire was intense," Davis told WWJ's Jon Hewett.

Davis said firefighters heard explosions and later discovered there were guns inside the store.

One firefighter was injured but is expected to be okay.

Authorities are still investigating the cause of the blaze.