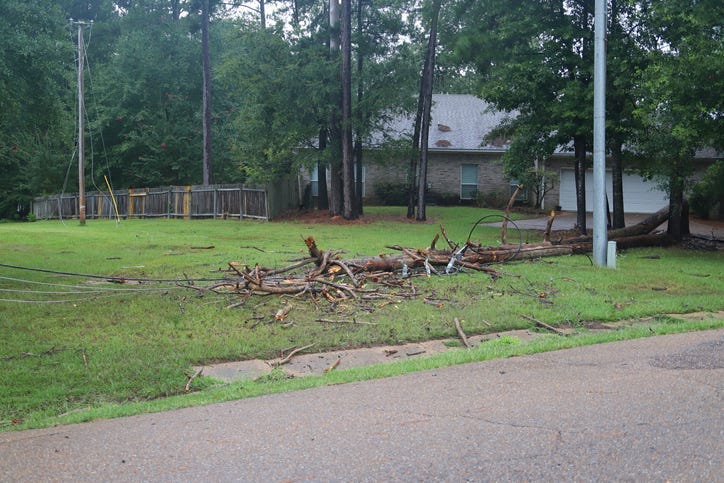 As of 9 p.m., about 7,600 homes and businesses were still in the dark, DTE said. The severe weather caused extensive tree damage across southeast Michigan on Tuesday, bringing down more than 400 power lines and impacting nearly 80,000 customers. DTE said more than 69,000 customers had power restored -- about 90% of those affected.

Officials said they hoped to restore power across the board before midnight, but the DTE outage map had several locations estimated to be restored by 3:30 p.m. Thursday. The largest remaining outage on the map appeared to be between Detroit and Dearborn, with about 900 customers south of US 12 and east of Central Street still affected.

Check the DTE outage map for the latest details.

With over 36,000 @DTE_Energy customers without power due to the heavy storms, you might be seeing a lot of generators today. All power should be restored by 11:30 PM. @WWJ950 @FOX2News pic.twitter.com/I41DuKub7q

With temperatures reaching into the mid-to-high 80s on Wednesday, many metro Detroiters were left to sweat it out as they get ready for the 4th of July holiday weekend. DTE apologized for the inconvenience and offered tips for dealing with power outages.

"We understand how difficult it is to be without power during hot temperatures, and we apologize for any inconvenience these outages may cause our customers," the utility said in a statement. "As our crews work to clear damage and restore power to those who are still affected, we ask that our customers look out for – and check up on – family members, neighbors and friends who may be vulnerable during extreme temperatures."

DTE crews are working 16-hour shifts to restore power, the utility said. They will continue to do so, through the holiday, if needed, until power is restored.

Never use a portable generator inside a home or business. It emits carbon monoxide, which can be deadly. Keep it outside, away from windows and doors, so the fumes won’t come in.