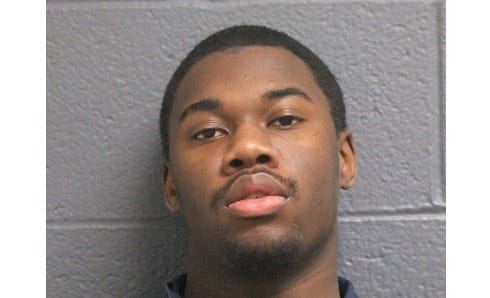 DETROIT (WWJ) - A young Eastpointe man has been charged with first degree murder, accused of killing another young man over a pair of designer glasses.

According to the Wayne County Prosecutor's Office, 20-year-old Mario Martinez Buthia fatally shot 20-year-old Latae’o Nathan Garrett the night of May 25, at a gas station on E. 7 Mile Road, near I-75 in Detroit.

It is alleged that Buthia attempted to take the victim's Cartier glasses, and when he resisted Buthia opened fire, striking him in the abdomen.

Garrett was treated by EMS at the scene and then taken to a local hospital whee he died.

A security camera image of the suspect was released in search of tips, and a Detroit police investigation led to the identification and arrest of Buthia on Tuesday.

Along with the murder, Buthia is also charged with armed robbery, felon in possession of a firearm and felony firearm.

He was arraigned on Friday afternoon in 36th District Court and remanded to jail without bond.

According to Michigan Department of Corrections records, Buthia has served prison time for an armed robbery in Macomb County in 2015.

He will be back in court for a probable cause conference on June 14, followed by a preliminary exam on June 21, both before Judge Kenyetta Jones.