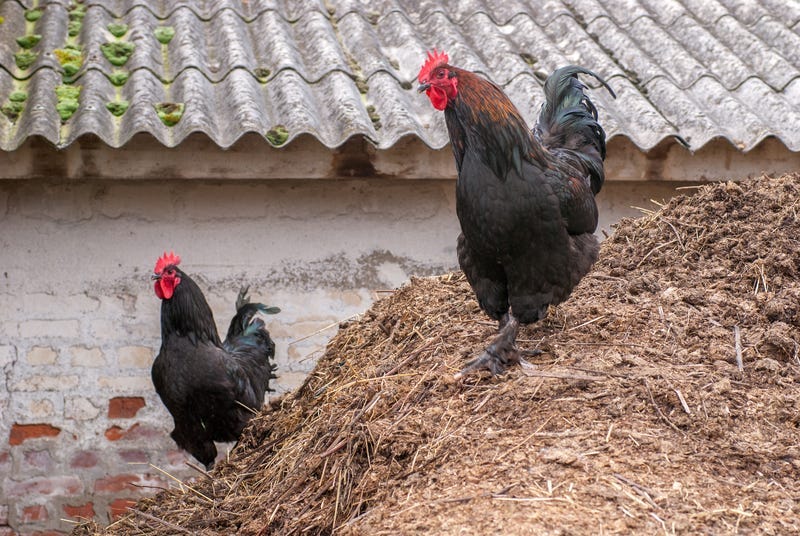 FERNDALE (WWJ) - You could say that sometimes being a police officer in Ferndale is for the birds.

Ferndale Police Sgt. Baron Brown said they got a call on Tuesday about four roosters on the loose, running around on Hilton Road, near I-696, on city's northeast end.

"It really is an issue for us," he said. "Because as goofy as it sounds, we don't train to catch roosters running around."

Still, the quick-moving cops managed to get the job done.

"Two of them got caught with a net and they other two saw what was happening, and then got outta there," Brown said. "And, yeah, we chased 'em down into a backyard and, you know, just got lucky that they got in an area where they didn't really have anywhere to go."

The birds seem to be doing OK, and no officers were injured.

It's unclear if any charges are possible in the case, as Brown said police may never know where the roosters came from, or how they ended up at large in the Detroit suburb.

"People that know about birds, a couple of people have said, 'Yeah, people dump roosters all the time,' ....so I don't know what's behind that," Brown said. "Yean, it is a crime, but I don't anticipate that the rooster owner is going to come to us and claim the birds."

The roosters are currently staying at a farm owned by a police officer.