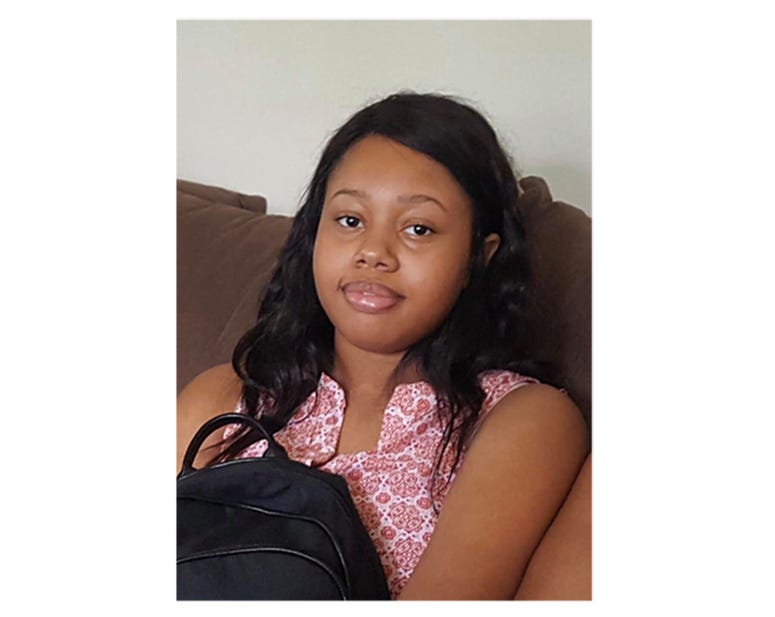 TRENTON, Mich. (WWJ) -- A local family is pleading for help finding their missing girl, who left in the middle of the night earlier this month and has not been seen since.

16-year-old Amaria Hall left her family's home in Trenton on July 7 and has not been heard from since. Her mom, April Hall, tells WWJ she's worried for her daughter's safety.

She says she has spoken with police about the possibility that Amaria is caught up in human trafficking. Hall says her daughter had recently received a package from someone she met through social media and authorities believe it's possible her disappearance is connected to that man.

Amaria is suffering from anxiety and depression, and takes medication for both her mom said. Amaria's grandfather recently passed away and soon after, her mom was diagnosed with stage four lung cancer.

"Amaria’s been a good girl the whole time through all the different things she’s had pain and issues with," she said.

Amaria is described as about 5-foot-6, 150 lbs., with light brown complexion. It's not known what she was wearing when she disappeared.

The teen reportedly left a note to her mother the night she ran away, asking her not to look for her, according to the News-Herald.

Trenton police are investigating the case. Anyone who has seen Amaria Hall or has any information about her disappearance should contact the Trenton Police Department at 734-676-3737.