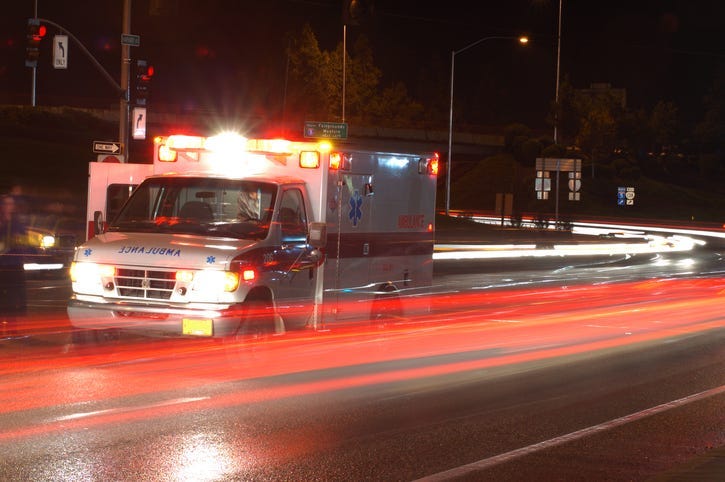 TOLEDO, Ohio (WWJ) – Federal investigators with the National Transportation Safety Board are investigating what led to a cargo plane crash in Toledo overnight that left two crew members dead.

Authorities say the play was approaching the Toledo Express Airport around 2:30 a.m. Wednesday when it went down about a half mile east of the runway. The plane crashed into several semi trucks that were parked at a nearby auto parts business and burst into flames.

Both crew members were pronounced dead at the scene. They have been identified as 72-year-old Douglas R. Taylor and 69-year-old Donald C. Peterson, according to a report from the Toledo Blade.

Toledo Port Authority spokesman Joe Rotterdam says officials are still unsure if the crew made a distress call. Rotterdam said it’s lucky no one on the ground was hurt.

The plane was a 62-year-old cargo aircraft, a twin-engine Convair 440, according to the Blade. The crew took off from Texas and made a stop near Memphis, Tenn., before continuing on to Toledo. It’s a flight the crew had made numerous times, according to the report.

news
Will you still need to wear masks at chains like Walmart and Target? This is where 15 major retailers stand
music
Tracee Ellis Ross responds to ‘Black-ish’ coming to an end next season: ‘It’s gonna be a good one!’
sports
'Dark Side of Football' series to feature episodes on Bill Belichick, the Browns and more: report
news
Ivanka Trump displays toned abs in sports bra and leggings on beach stroll
sports
MLB insider considers Yankees the ‘most logical’ landing spot for Trevor Story
music
Katy Perry releases 'Electric' to celebrate Pokémon's 25th anniversary
<svg wid