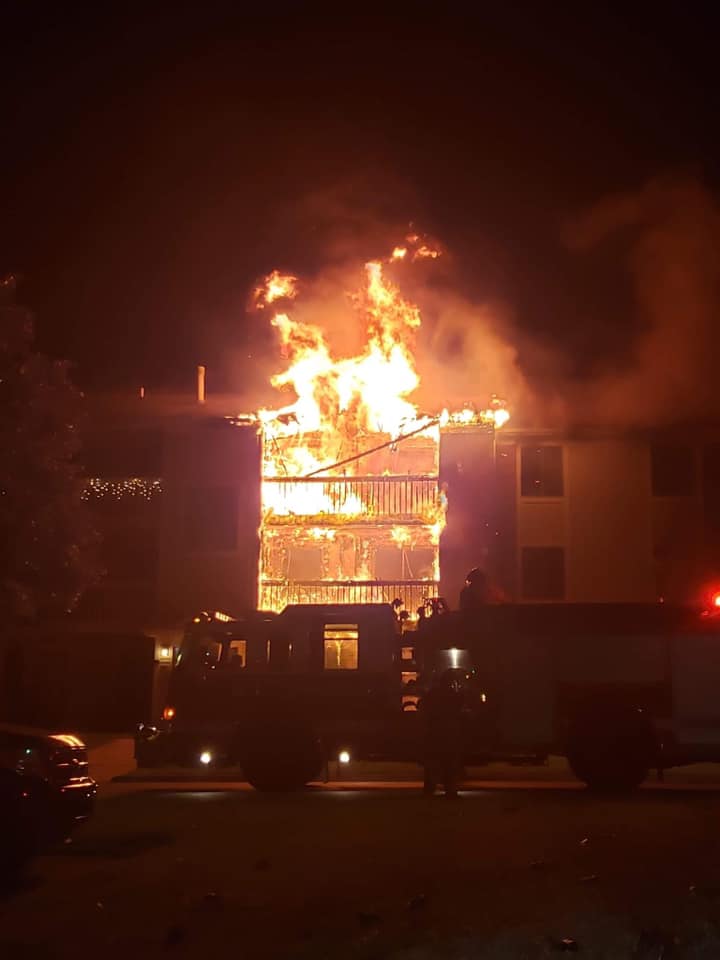 (WWJ) Several Waterford Township families are homeless this weekend after a fire hit their apartment complex.

It was reported just before 3am Saturday when someone near the building saw smoke and called 911, according to fire officials. On the Department's Facebook page, they said it was a "2nd alarm fire."

Fire officials said firefighters had to rescue some residents off of balconies, and others jumped.  One woman was taken to the hospital.  Her condition is unknown at this time.

The cause is under investigation.

It started on a first-floor deck, fire officials said.

The Red Cross is helping families who lost their homes.