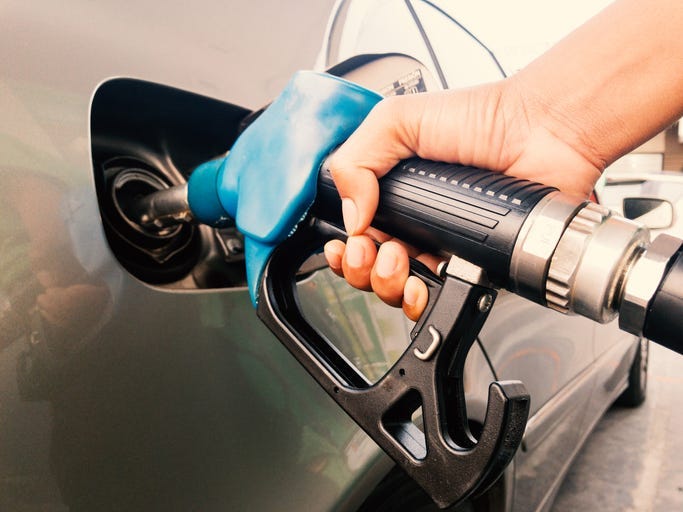 (WWJ) The price at the pump made another jump, but it's still quite a bit lower than last summer.

According to AAA - The Auto Club Group, Gas prices in Michigan are up 9 cents compared to last week. Michigan drivers are now paying an average price of $2.20 per gallon for regular unleaded. This price is 23 cents more than this time last month but still 61 cents less than this time last year.

Motorists are paying an average of $33 for a full 15-gallon tank of gasoline; a discount of $11 from when prices were their highest last July.

According to new data from the Energy Information Administration (EIA), gas demand is estimated to have increased significantly from 7.87 million barrels per day to 8.61 million b/d last week. The increase in demand has helped to lift pump prices.

Metro Detroiters are also paying more than they did last week. On Monday, metro Detroit’s current average was $2.23 per gallon, 7 cents more than last week’s average but still 59 cents less than this time last year.

Looking for the absolute best deal? Tipsters are reporting the cheapest gas is in Roseville. Gas was at only $1.79 a gallon for cash customers at the TJK station located at Groesbeck Hwy. and 13 Mile Rd. in Roseville at last check. The second best price reported Monday morning at $1.84. at the Costco on Gratiot Ave. near 11 Mile Rd., the Sam's Club at Gratiot near Masonic Blvd., and the Valero on Utica Rd. near 13 Mile Rd

Where not to go? As usual, the most expensive gas in metro Detroit at $2.49 at the BP on the corner of Crooks Rd. and W. Big Beaver Rd. in Troy.

Find the best price near you at this link.