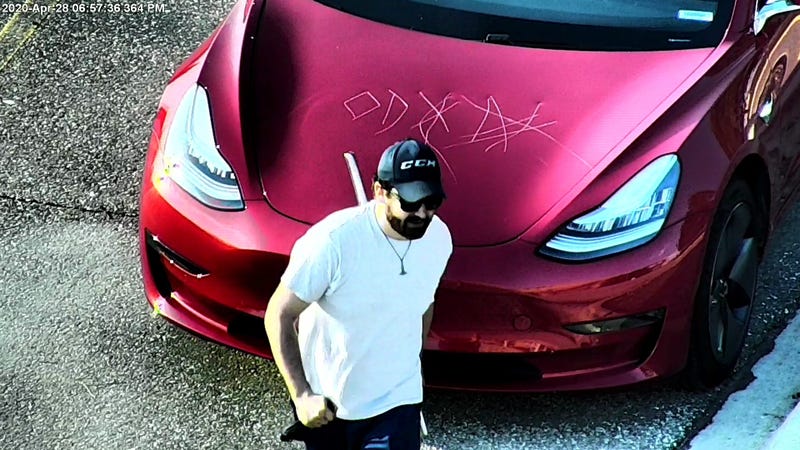 (WWJ) A man who was seen vandalizing a Tesla Model 3 in a hospital parking lot is in custody.

Security personnel from the hospital told deputies they saw the unknown man approached the car, belonging to a 58-year-old Troy woman, smash the windshield and then scratch letters on the hood. When he was finished, the vandal returned to his own vehicle and fled the area before security officers could approach him.

The incident was caught on the hospital's security camera. 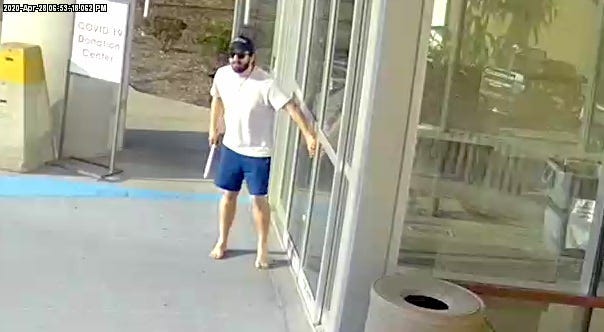 The sheriff's office on Wednesday released two screenshots of the suspect, saying he was wanted on a charge of Malicious Destruction of Property.

Just hours later, sheriff's officials said the man in the images was identified and arrested on an unrelated charges.

The suspect's name and other details, including a possible motive for the crime, were not immediately known. The sheriff's office said additional information would be released when it becomes available.